Police: North Side stores robbed at gunpoint with customers inside 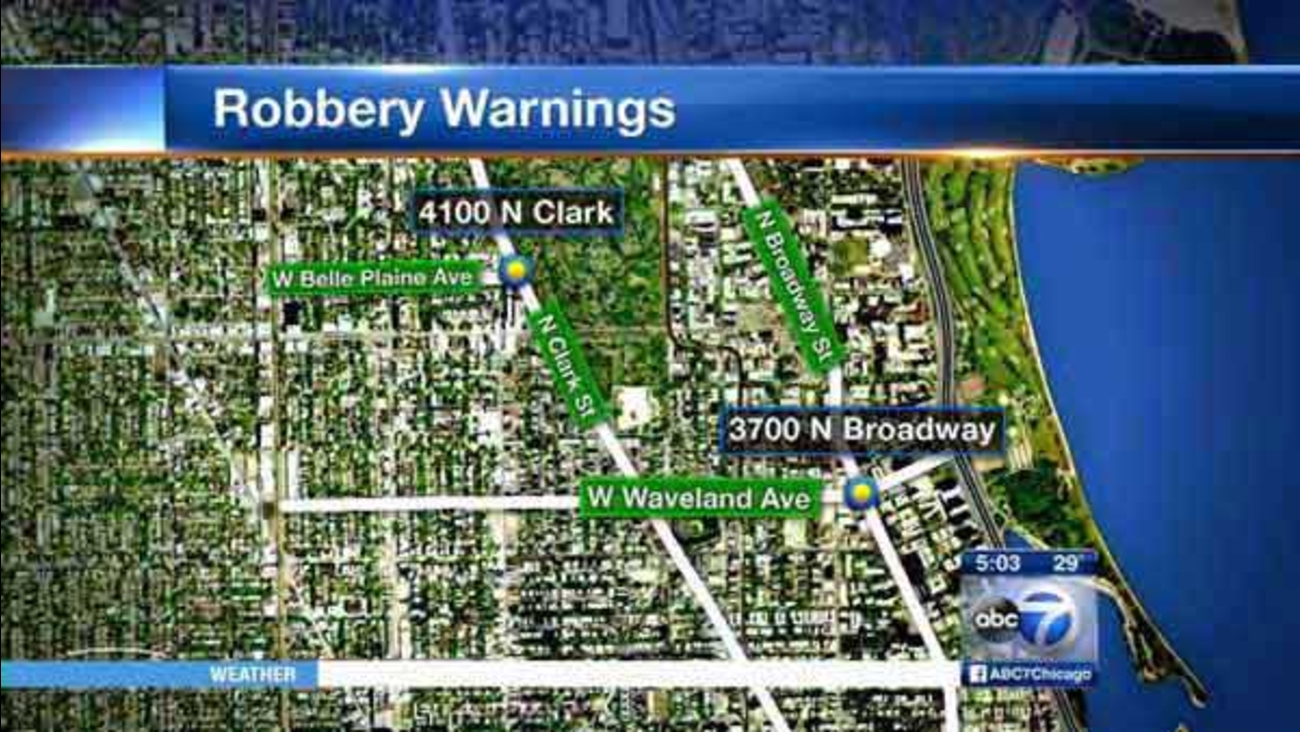 CHICAGO (WLS) -- Police are warning of three armed robberies in Chicago's Lakeview and Buena Park neighborhoods in the last month.

Authorities said in each incident, two men with a chrome handgun robbed the store and the customers inside.

A store located near North Broadway and West Waveland Avenue was held up around 3:30 a.m. on March 11.

Police said the suspects in this incident were described as two African American men wearing black jackets with hoods and black face masks. One man was about 5 ft. 9 in. tall and the other man stood at about 6 ft.

Police said the suspects in these incidents were described as two African American men in their 20s, weighing between 150 and 170 lbs. and between 5 ft. 9 in. and 6 ft. tall. One suspect was wearing a white jacket with red designs. The other was wearing a dark-colored jacket. Both covered their faces with scarves.

Anyone with information regarding these armed robberies should contact Area North detectives at (312) 747-8263.