Rauner motorcade involved in crash on I-55 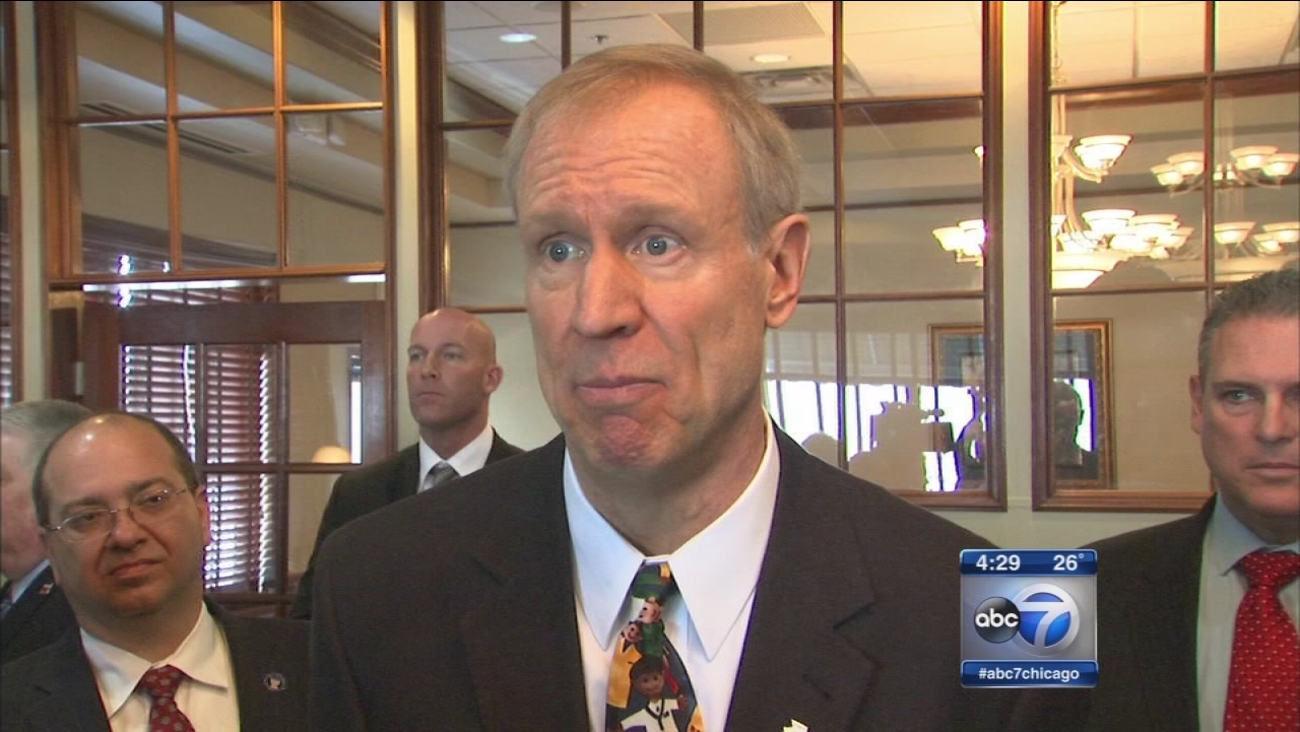 Gov. Bruce Rauner says the city is going down the drain financially, and voters must consider the city's financial state when they go to the polls. (WLS)

COUNTRYSIDE, Ill. (WLS) -- No one was seriously injured in a crash involving Illinois Gov. Bruce Rauner's motorcade in Countryside.

An Illinois State Police trooper lost control of his vehicle during the escort, hitting the rear tandem axle of a truck tractor on Interstate 55 at LaGrange Road around 8:15 a.m. The slick roads are believed to have played a role in the two-car crash, according to Illinois State Police.

That trooper was taken to a local hospital, treated and released.

The vehicle Rauner was riding in was not involved in the crash.