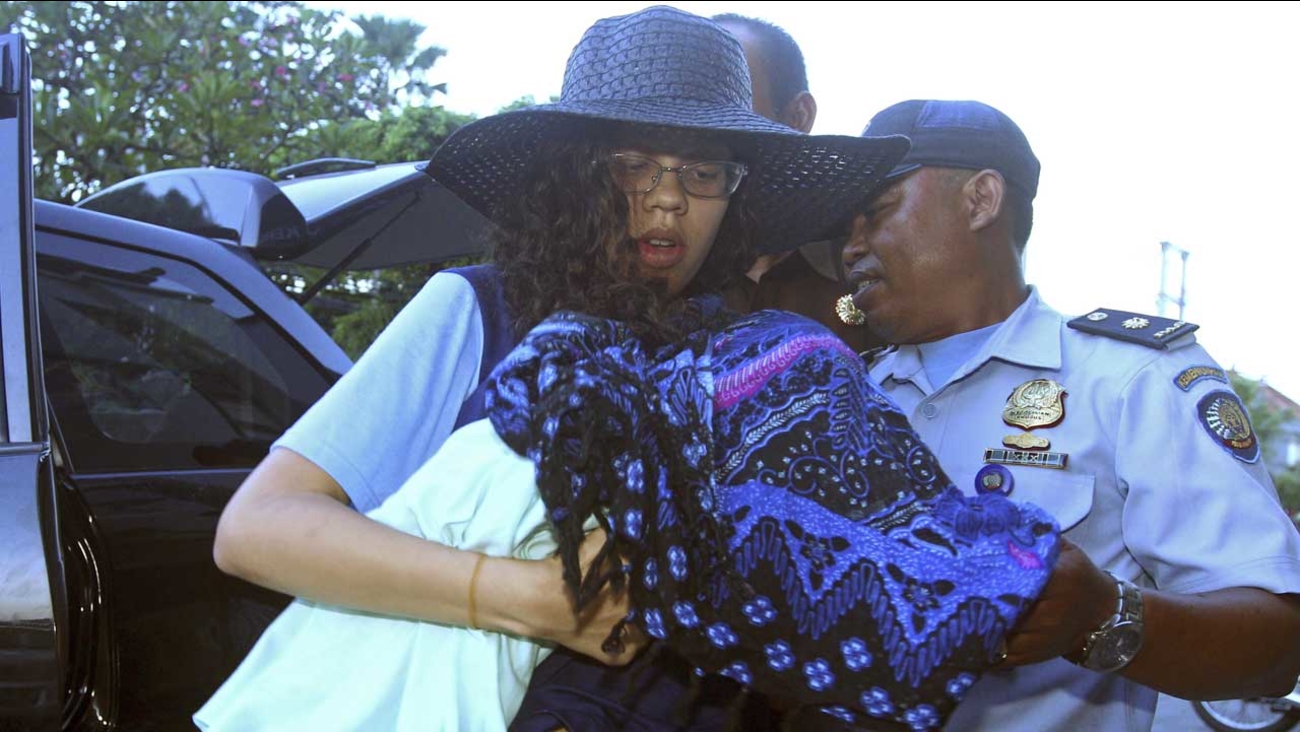 Heather Mack, left, from Chicago, Ill., holds her baby upon returning to a prison from a hospital in Bali, Indonesia, Monday, March 23, 2015.

BALI, Indonesia (WLS) -- A published report says that two days after leaving an Indonesian hospital, Heather Mack's newborn fell ill and was sent to a clinic

The Daily Mail reports that baby girl Stella began to run a fever and her skin turned a yellowish color after staying in the Bali jail cell with her mother. The cell is also occupied by eight other women, the website reports.

Mack and boyfriend Tommy Schaefer are on trial for the murder of Mack's mother, Sheila von Wiese-Mack, of Oak Park. Von Wiese-Mack's body was found in a suitcase at a Bali hotel in August of 2014.

Mack told the court that Schaefer killed her mother after von Wiese-Mack threatened the life of their unborn child. Mack gave birth March 17 at Sanglah Hospital in Denpasar.

Mack wants Stella to stay in Bali so she can see her while in jail.