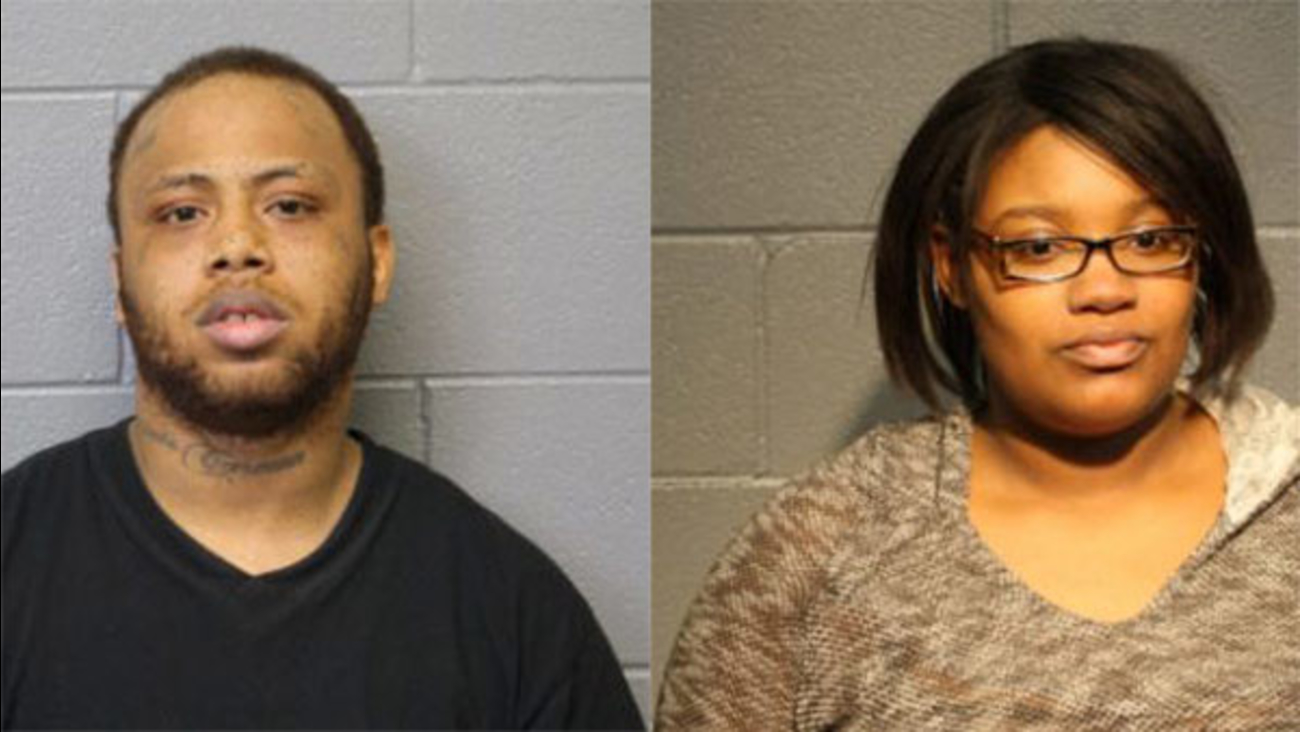 CHICAGO (WLS) -- Two people have been charged in connection with an armed robbery at a convenience store in the city's North Side, police said.

Mitchell Thomas, 24, and Jamie Branch, 23, were arrested after being identified as two suspects involved with an armed robbery at a 7-Eleven store in the 500-block of North Halsted at 2:55 a.m. Friday, police said.

The armed robbery occurred within 27 minutes of two others in the area, although police are unsure if the incidents are related.

Police believe two other offenders are still on the run. Anyone with information is encouraged to contact Chicago police at 312-747-8382.