Man killed, wife hurt when flying tire slams into car on I-80 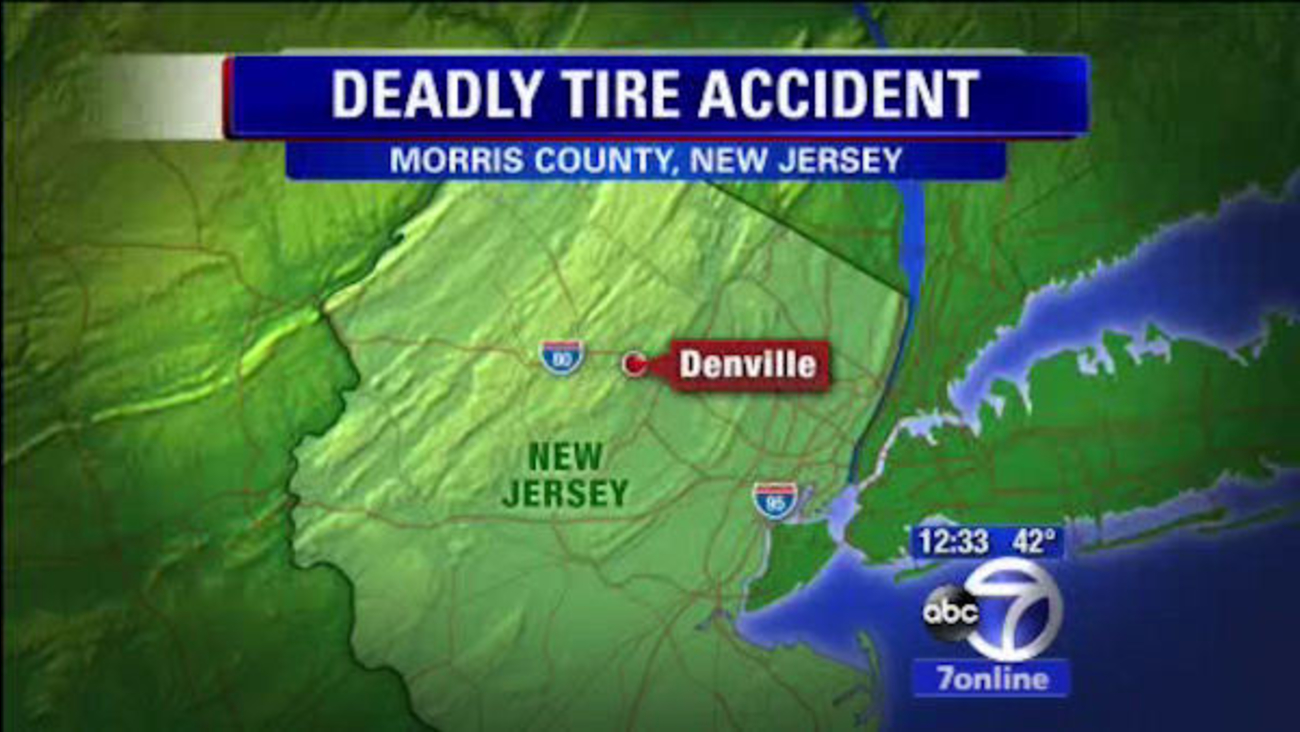 DENVILLE -- A New Jersey man was killed and his wife injured when a flying tire slammed into their car and sparked a four-vehicle accident.

The incident happened at mile-marker 37.6 in I-80 in Denville just after 7 p.m. Thursday.

State police say a gray Dodge Ram driven by Eric Svensson was traveling eastbound when his tire detached and crossed the concrete barrier before crashing into an Audi driven by 77-year-old Sheldon Lefkowitz, of Englewood Cliffs.

The impact caused Lefkowitz to crash into two other vehicles, a Ford F-350 pulling a trailer and a Mercedes, before careening off the road and into a guardrail. The Audi came to rest back on the roadway.

Lefkowitz was pronounced dead at the scene. His wife, 66-year-old Randi Lefkowitz, was taken to Morristown Medical Center with non-life threatening injuries.

The drivers of the Ford and Mercedes, Jason Wesling and Leonard Wesling, were not injured.

The victims' son tells Eyewitness News that his mother suffered bumps and bruises and is home from the hospital, but she is devastated over the loss of her husband. He also said that cars should be be better inspected and maintained to prevent such incidents from happening.

No charges have been filed, and the accident is under investigation.
Related topics:
trafficnew yorku.s. & worldaccidentcrash
Copyright © 2020 WABC-TV. All Rights Reserved.
More Videos
From CNN Newsource affiliates
TOP STORIES