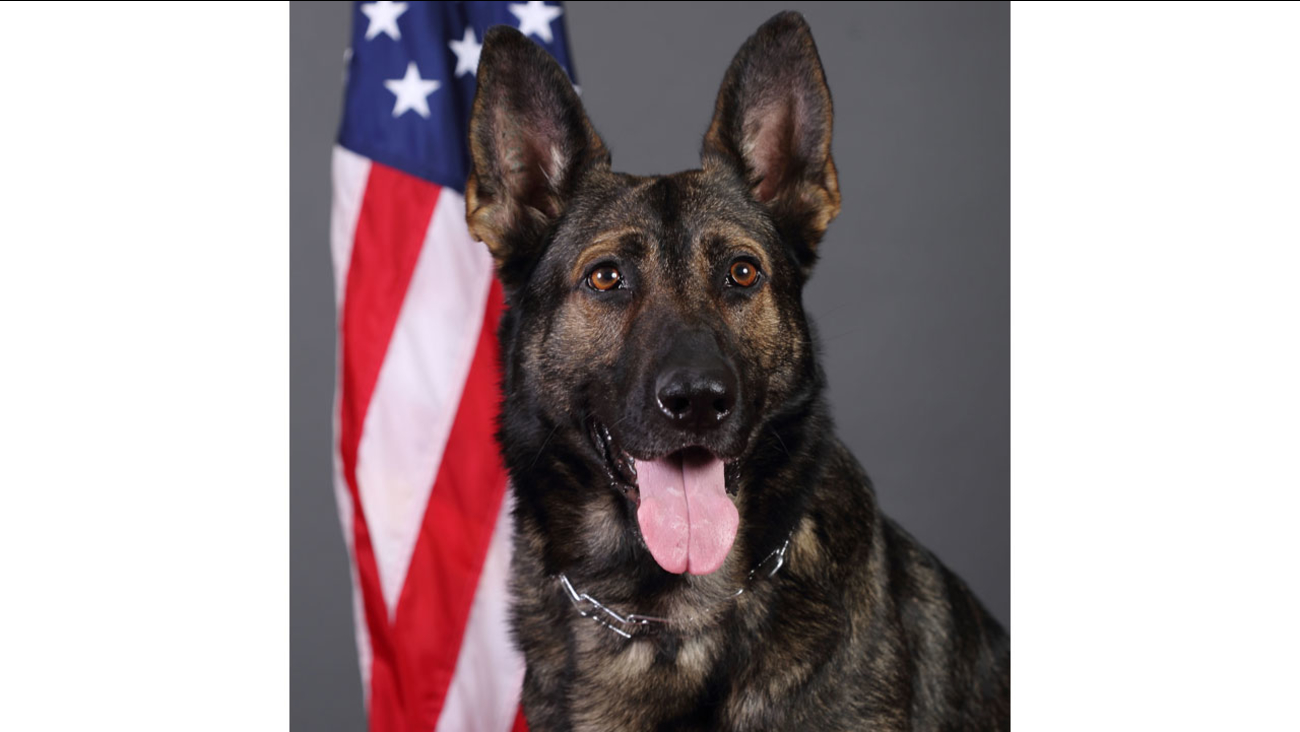 BUFFALO GROVE, Ill. -- A Buffalo Grove police dog will retire after being diagnosed with liver cancer.

Saxon, a 5-year-old German shepherd male, was partnered with Buffalo Grove Police Officer Danielle Baron for four years. He had surgery last week to have a tumor removed. While that surgery was successful, veterinarians found the cancer had spread in Saxon's liver.

"A week ago we thought we had a vibrant, healthy dog," Deputy Chief Roy Bethge said. Bethge said the department was "surprised and shocked" to learn Saxon's diagnosis.

He will remain in Officer Baron's care during the rest of his life, which isn't expected to be very long, Bethge said.

"This is a sad day for the Buffalo Grove Police Department," Chief Steven Casstevens said in a statement. "Saxon has been a valuable and loyal part of our family."

Officer Baron and Saxon are responsible for the seizure of more than 460 kilograms of cannabis and more than $250,000 during narcotic searches, according to the statement. He has also assisted in many other communities.