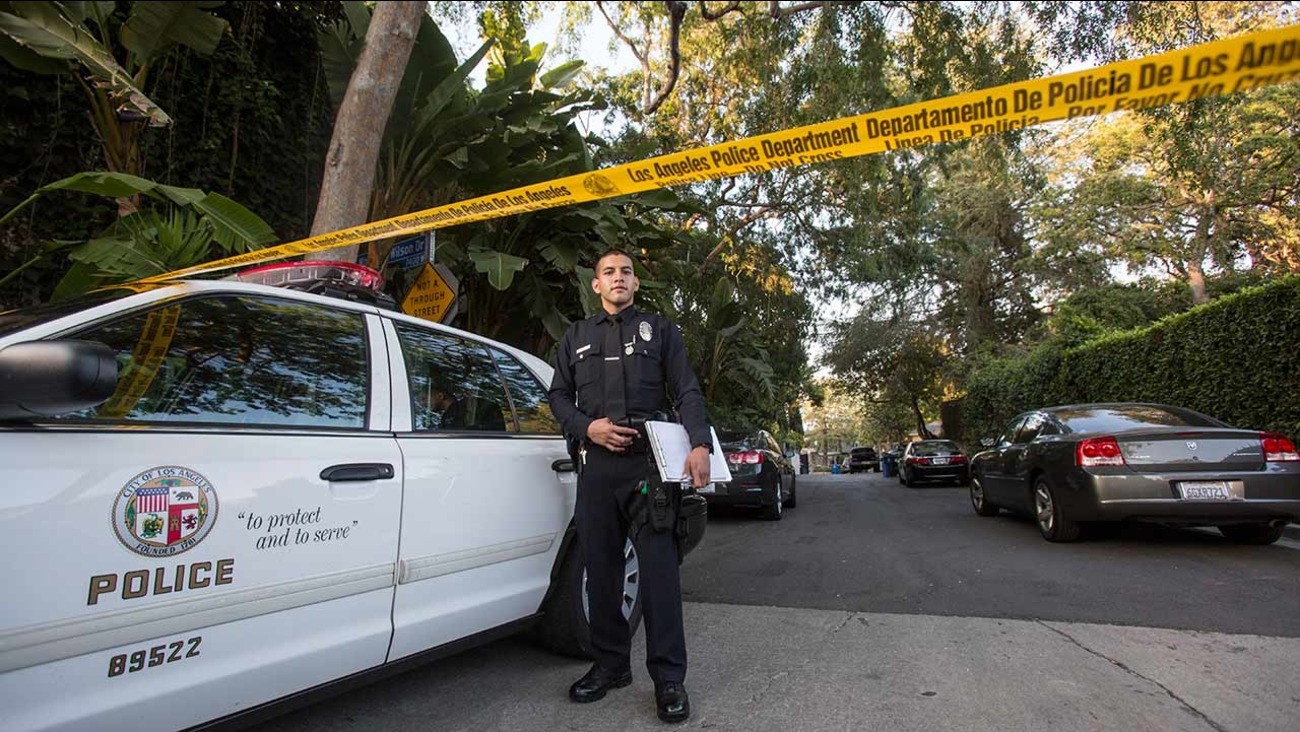 An officer stands outside a home in the Hollywood Hills, Tuesday, March 31, 2015. Police say a man was found dead at the home of Andrew Getty, heir to Getty oil fortune. (AP Photo/Ringo H.W. Chiu)

Investigators responded to the 47-year-old's gated home in the 2900 block of Montcalm Avenue around 2:15 p.m. Tuesday after a woman called 911 to say someone in the house had died.

The man's identity was not immediately released, but Andrew Getty's parents confirmed his death in a statement issued through a family spokesman Tuesday night.

"The family has requested that members of the media and the public respect its privacy during this extremely difficult time," the family spokesman said.

Officials were waiting to secure a search warrant before collecting evidence inside the residence. Richter says investigators interviewed the woman, and she is being treated as a cooperative witness.

Andrew Getty was one of four sons of Gordon Getty, a San Francisco multibillionaire who is among the richest men in the United States.

Andrew Getty's grandfather, J. Paul Getty, built Getty Oil Co. into a multibillion dollar fortune. He also built one of the world's greatest art collections, which formed the basis of the J. Paul Getty Museum in Los Angeles. He died in 1976 at age 82.

No further details were immediately released.