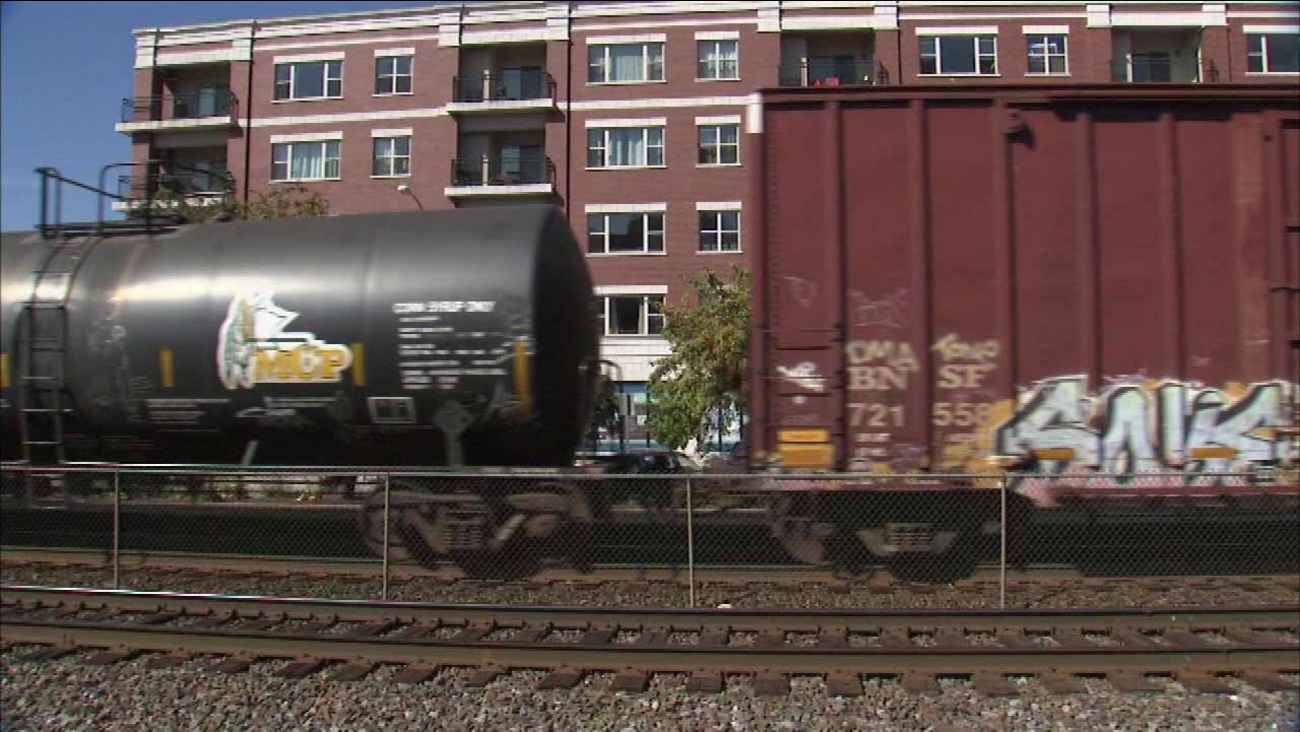 WLS
BARRINGTON, Ill. (WLS) -- Sen. Dick Durbin says steps need to be taken in order to prevent another firey derailment like the one in Galena last month.

The ABC7 I-Team reported last month that the derailed train was heading for Chicago, and that information released by federal authorities says 25 million Americans live within the one-mile evacuation zones of the so-called "oil bomb trains."

Freight trains carrying crude oil through Illinois have quadrupled and the length of the trains have also gotten longer, making them even more of a risk.

"We're working on letters to the Department of Transportation on the volatility of tank cars as well as the next generation of train cars, and those that are less likely to be punctured release their contents and result in fire," Durbin said.

He met with city leaders in Barrington Wednesday to talk about rail safety.