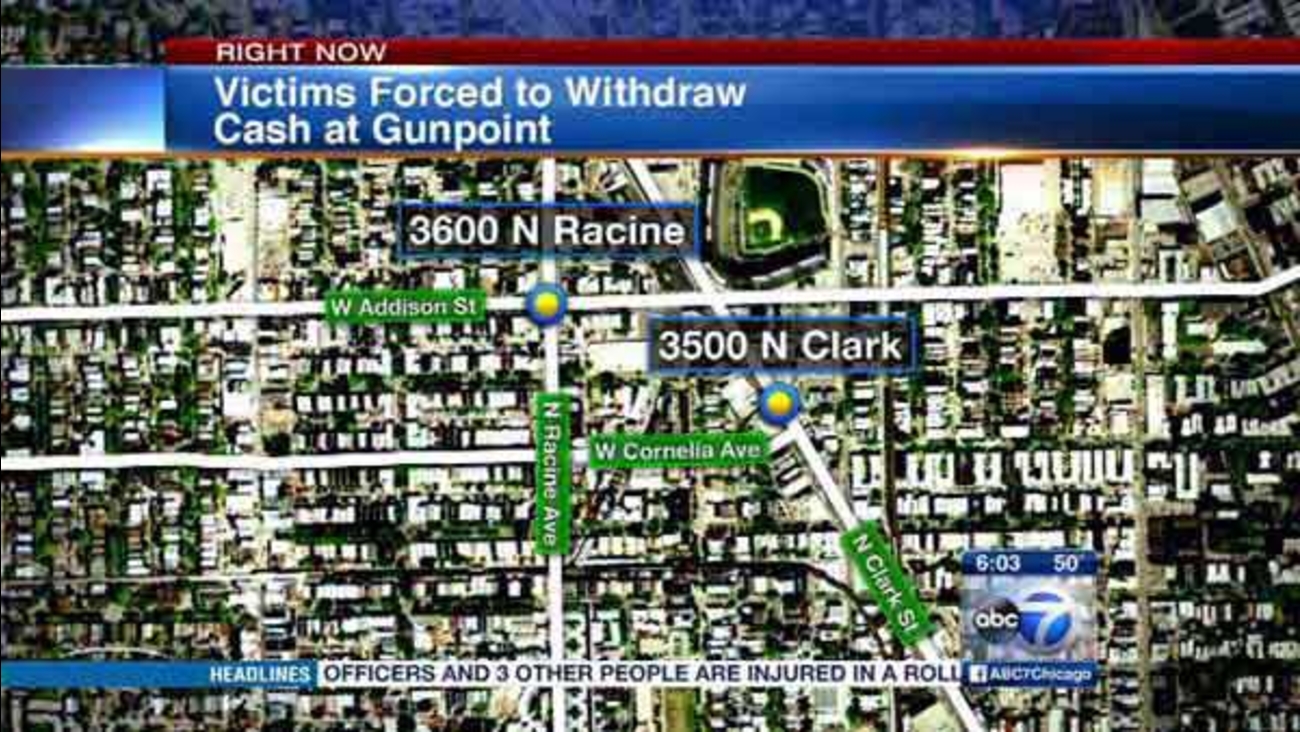 In both cases, the suspects either displayed a gun or implied they had a weapon and forced victims to withdraw money from an ATM.

The first robbery occurred near North Racine Avenue and West Addison Street on April 5 around 3:10 a.m.

Police said the two suspects in this incident were described as African American men in their 20s. One man had short black hair, was about 5 ft. 10 in. tall and weighed around 145 lbs. He was wearing a black beanie with a red stripe.

The second robbery occurred near North Clark Street and West Cornelia Avenue on April 12 around 3:20 a.m.

Police said the suspect in this incident was described as an African American man in his late teens or early 20s, had short black hair, was about 6 ft. tall and weighed around 160 lbs. He was wearing black jeans and a black sweatshirt with white stripes or white lettering.

Anyone with information regarding these armed robberies should contact Area North detectives at (312) 744-8263.