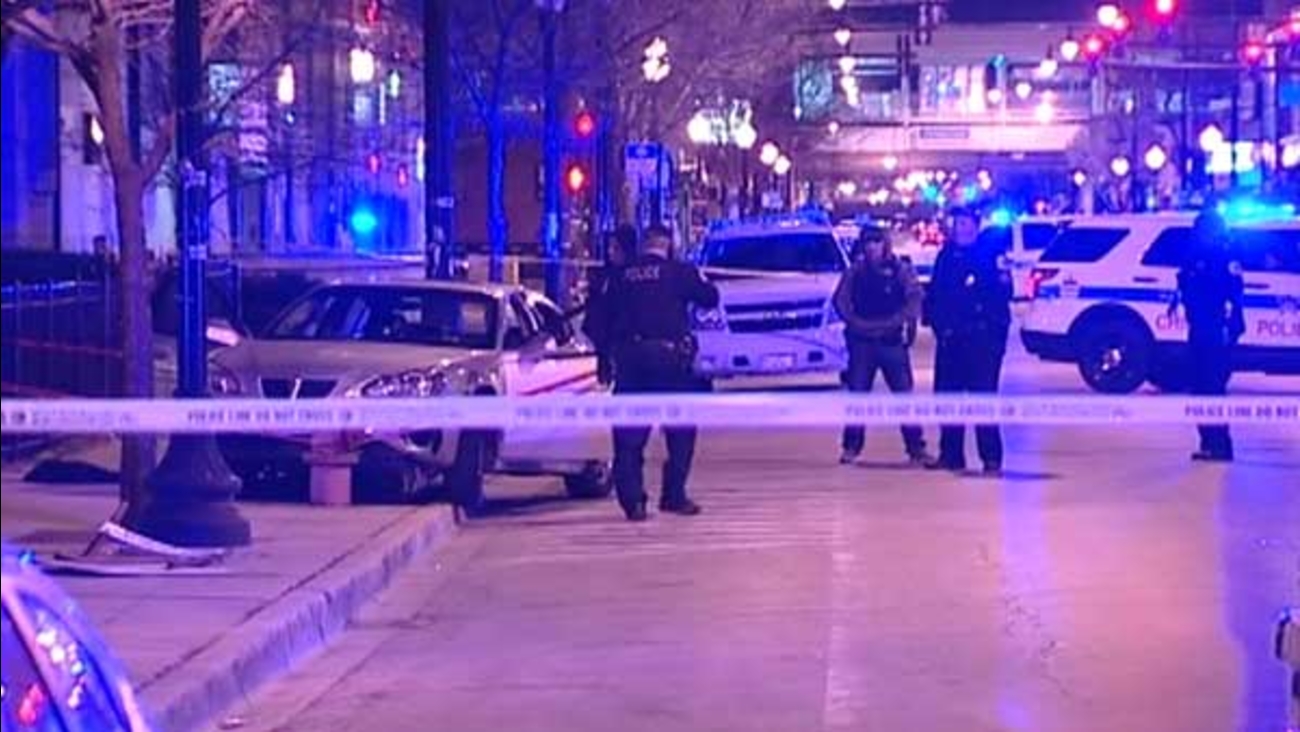 CHICAGO (WLS) -- One man is dead and another man is hurt after a shooting near a gas station in Chicago's Bronzeville neighborhood.

Police said a 25-year-old man driving a silver car was shot several times around 2:20 a.m. Tuesday. He eventually drove into a fire hydrant near East 47th Street and South Vincennes Avenue. Police said he was pronounced dead at the scene.

A 26-year-old male passenger was shot in the back and had a graze wound on his neck. Police said he walked to Providence Hospital and was transferred to Stroger Hospital, where his is recovering Tuesday.