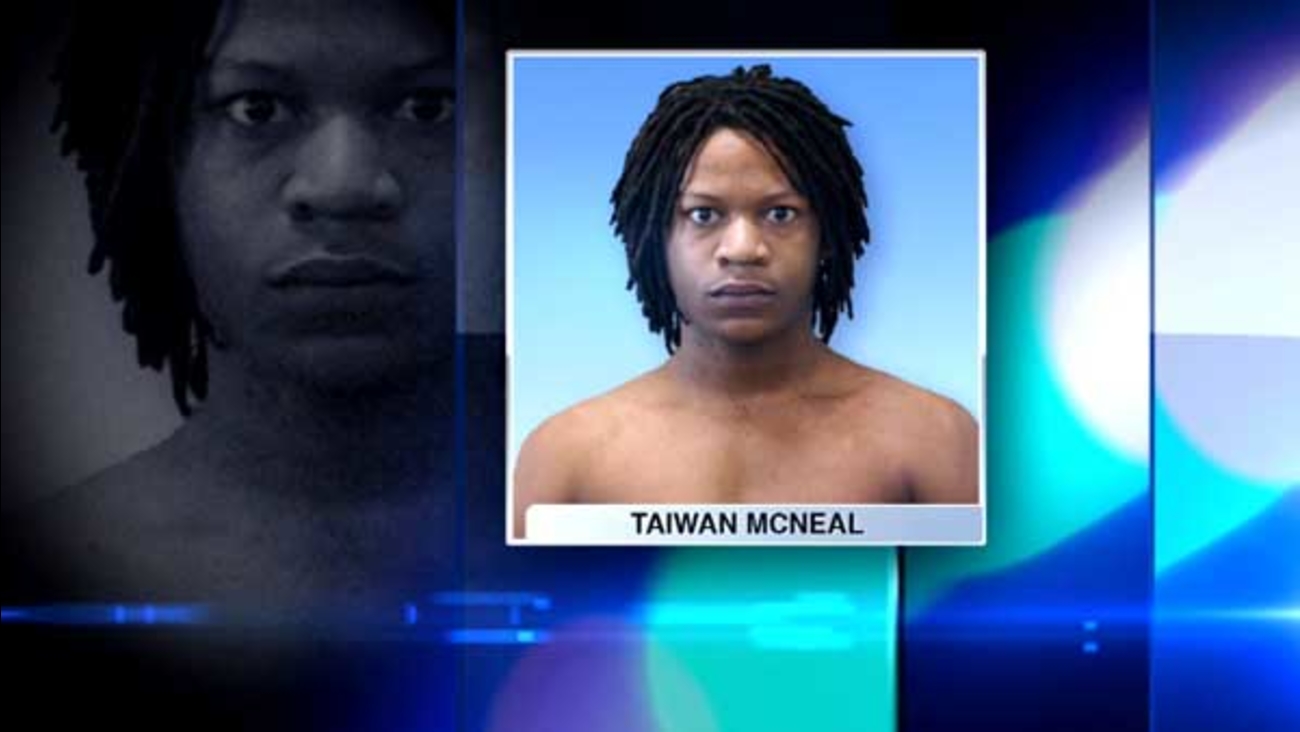 CHICAGO (WLS) -- Taiwan McNeal, 18, and a 17-year-old boy were charged in the shooting of Oak Park Police Officer Johnny Patterson outside his home in Chicago's Fernwood neighborhood.

Patterson was in his garage in the 300-block of West 103rd Place just before 5:15 a.m. Sunday, getting ready to head out for work. Police said the two suspects walked up to Patterson, tried to rob him and shot him.

The 58-year-old victim was hit in the arm and leg, but managed to wound one of the suspects as he ran away.

Officers stopped a CTA bus a few blocks away near West 99th Street and South Princeton Avenue. They took both suspects into custody.

Patterson was taken to Advocate Christ Hospital for treatment. He was released on Monday.

Police said the 17-year-old suspect suffered multiple gunshot wounds. He was also taken to Christ Hospital for treatment. McNeal was taken to Area South for processing.

They are due in bond court on Tuesday.

Two persons of interest are in custody after an Oak Park Police officer was shot outside his own home on Chicago's South Side early Sunday morning.