7 arrested at #ResistTrumpTuesday protest in Chicago 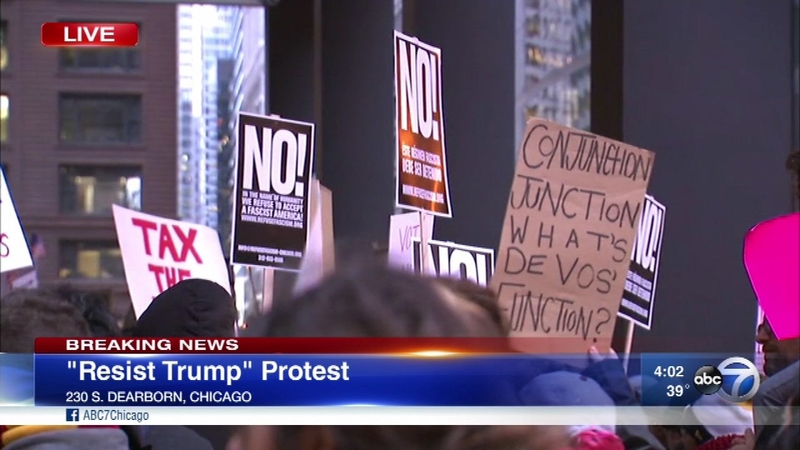 CHICAGO -- At least 100 protesters gathered at Federal Plaza in the Loop for #ResistTrumpTuesday, a weekly protest for the first 100 days of the Trump administration.

Protesters began gathering around 3:30 p.m. for a protest addressing a range of concerns but primarily focused on education and the confirmation of Betsy DeVos as Secretary of Education. Demonstrators also spoke out against Trump's immigration ban.

Protesters urged U.S. Sens. Dick Durbin and Tammy Duckworth, both Illinois Democrats, to vote against DeVos's confirmation. They say he is a danger to the public education system. Sen. Duckworth has said she will not confirm DeVos as Secretary of Education. Sen. Durbin said DeVos's answers to questions during her confirmation hearing raised "serious questions" about her qualifications and will publicly announce his decision soon.

DeVos was advanced by a Senate committee in the nomination process Tuesday. DeVos has long supported charter schools and allowing school choice, policies that Democrats and teachers' unions view as threats to federal support for public education.