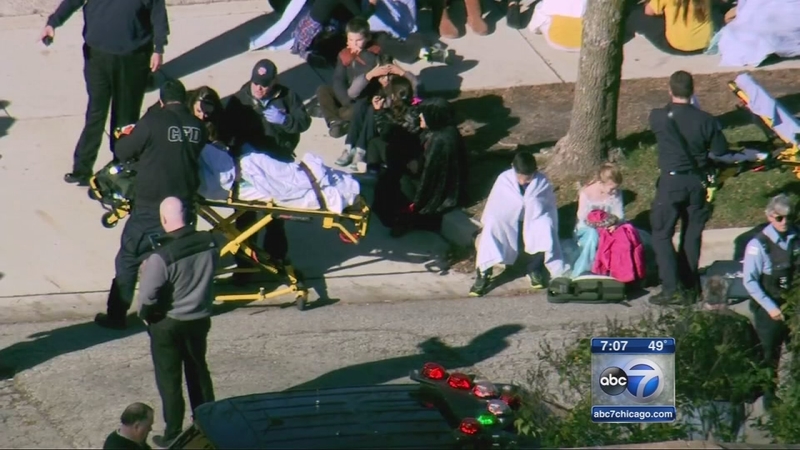 CHICAGO (WLS) -- High levels of CO were detected at a Northwest Side school where dozens of students fell ill. All are going to be OK, officials said.

The school was holding its Halloween parade when the children started feeling ill.

"When they went back into the gym there was a child that fainted and everyone started to panic," Amar Kantareves, seventh-grader, said.

"Prussing has multiple, external, mobile buildings. All the kids were evacuated from the main building to the mobile buildings," Phil Huckelberry, a community representative with the Local School Council, said.

"Right when we started to go outside, I was having trouble breathing," Sadie Torres, seventh-grader, said.

The school alerted parents through messages. Many came to the school where they waited for information.

"I'm terrified. I hope my baby's not sick. He has asthma, bronchitis," Elias Rodriguez said.

Fire detectives said the building's boiler may have malfunctioned.

"When the readings get high, we can suspect that the boiler is the culprit," Chicago Fire Department Deputy Commissioner Mark Nielsen said.

Chicago Alderman John Arena said he will work with CPS to make sure Prussing is safe.

"We will be talking to the administration at CPS and making sure we have the resources to correct the problem," Arena said.

Prussing Elementary School, located in the 4600 block of North Menard, has around 650 students in Pre-K and K-8 and is in the Chicago Public Schools system.