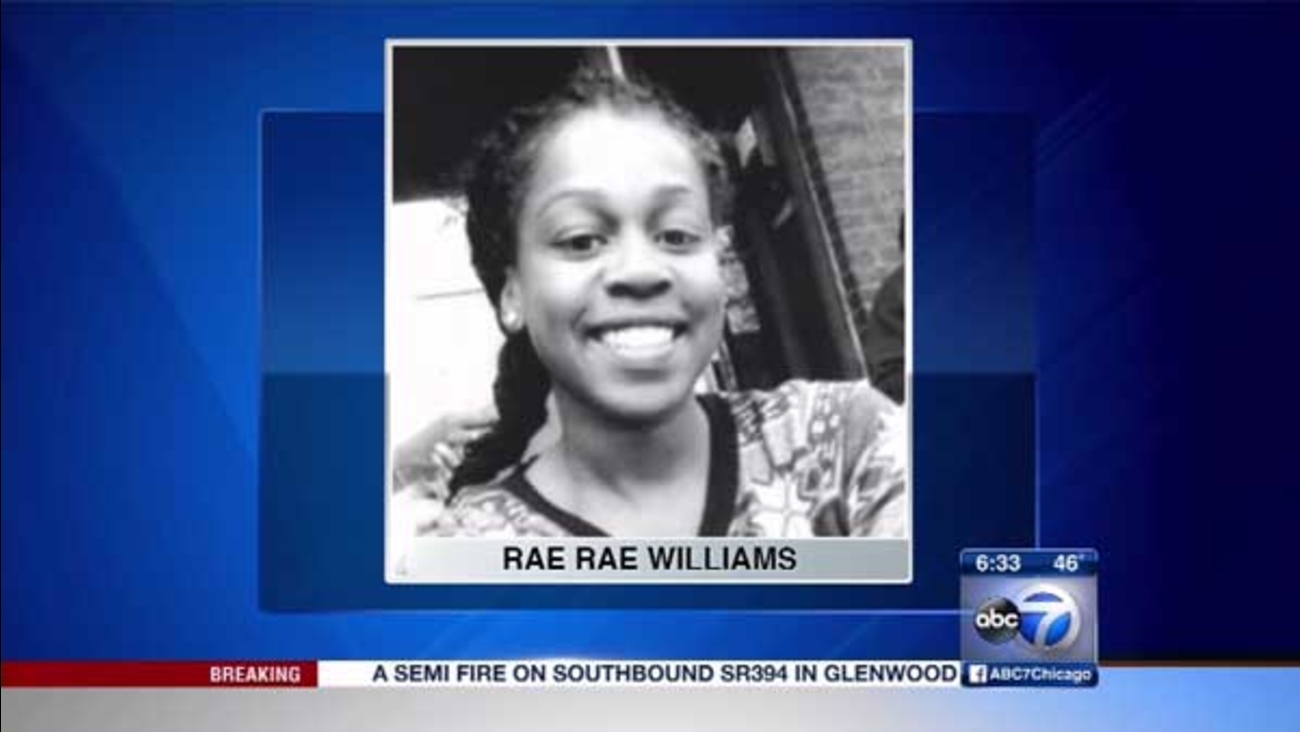 CHICAGO -- Police are asking the public's help in locating an 18-year-old woman who has been missing from Chicago's Humboldt Park neighborhood on the West Side since Sunday.

Tsenrae "Rae Rae" Williams left her home in the 700-block of North Ridgeway about 5 p.m. Sunday, according to a missing person alert from Chicago police. She was later seen by a friend about 3 a.m. Monday and was supposed to be driven home by an unknown male, but she never arrived.

Anyone with information about her whereabouts is asked to contact the Area North Special Victims Unit at (312) 744-8266.