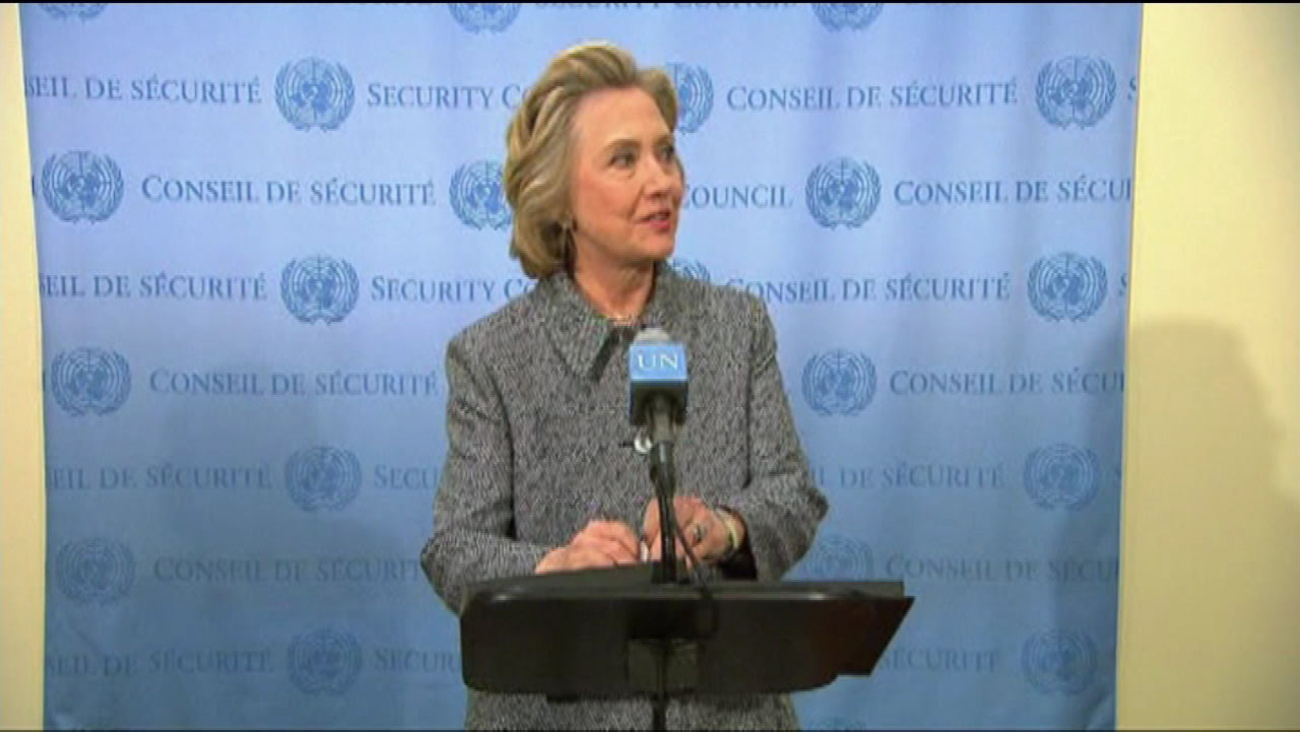 CHICAGO (WLS) -- Hillary Clinton's two days of fundraising in Chicago began with an event at a Lincoln Park home Tuesday night. Two other fundraisers are scheduled for Wednesday.

Earlier Tuesday during a stop in Iowa, Clinton responded to news that a federal judge has ordered the State Department to enact a rolling release of her emails from her time as Secretary of State.

Earlier this week, officials at the State Department said they needed until January to get them all out at once.

"I have said repeatedly, I want those emails out. Nobody has a bigger interest in getting them released than I do," Clinton said.

When asked if she would demand their release, Clinton said the emails are not hers, they belong to the State Department.