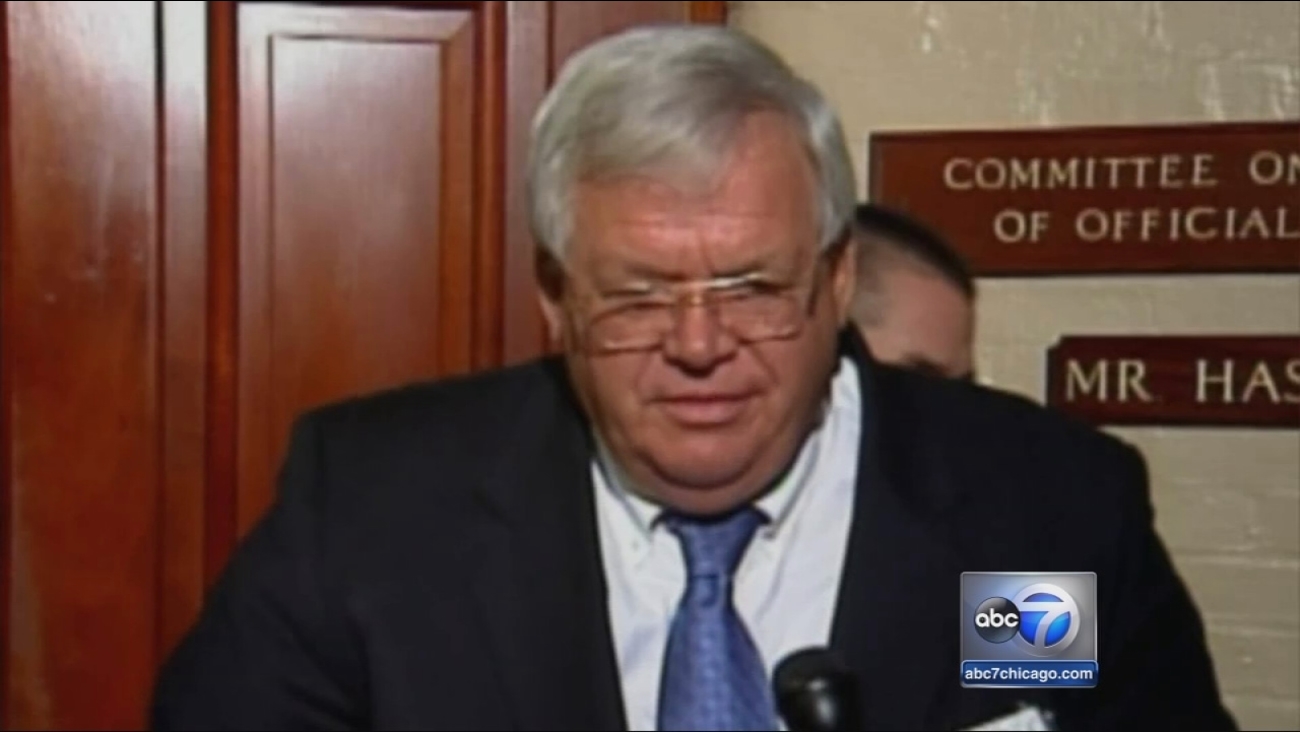 WHEATON, Ill. (WLS) -- Wheaton College has removed Dennis Hastert's name from the title of its public policy center just days after the former U.S. House Speaker and school alumnus was hit with federal charges, according to a statement released Sunday by the college.

"In light of the charges and allegations that have emerged, the College has re-designated the Center as the Wheaton College Center for Economics, Government, and Public Policy at this time," the statement said.

Hastert resigned Friday from the center's Board of Advisors. The college is located in the western suburban Wheaton.

The Wheaton College statement also said: "The College has not been implicated in or associated with any of the allegations in this matter."

Hastert allegedly paid $3.5 million in hush money to a former student in exchange for silence related to misconduct of a sexual nature before he began his political career, ABC News sources say. The student attended the school where Hastert worked at the time the alleged sexual misconduct took place. Hastert was a teacher and wrestling coach there from 1965 to 1981.

Hastert was indicted on bank-related charges Thursday, stemming from the transfer of money. He allegedly withdrew the money from his bank accounts in transactions of less than $10,000 at a time, which is just below the amount that has to be reported bank officials. Prosecutors said Hastert made 106 transactions of that size. Investigators said he lied about the purpose of the withdrawals, claiming he didn't trust the banks.