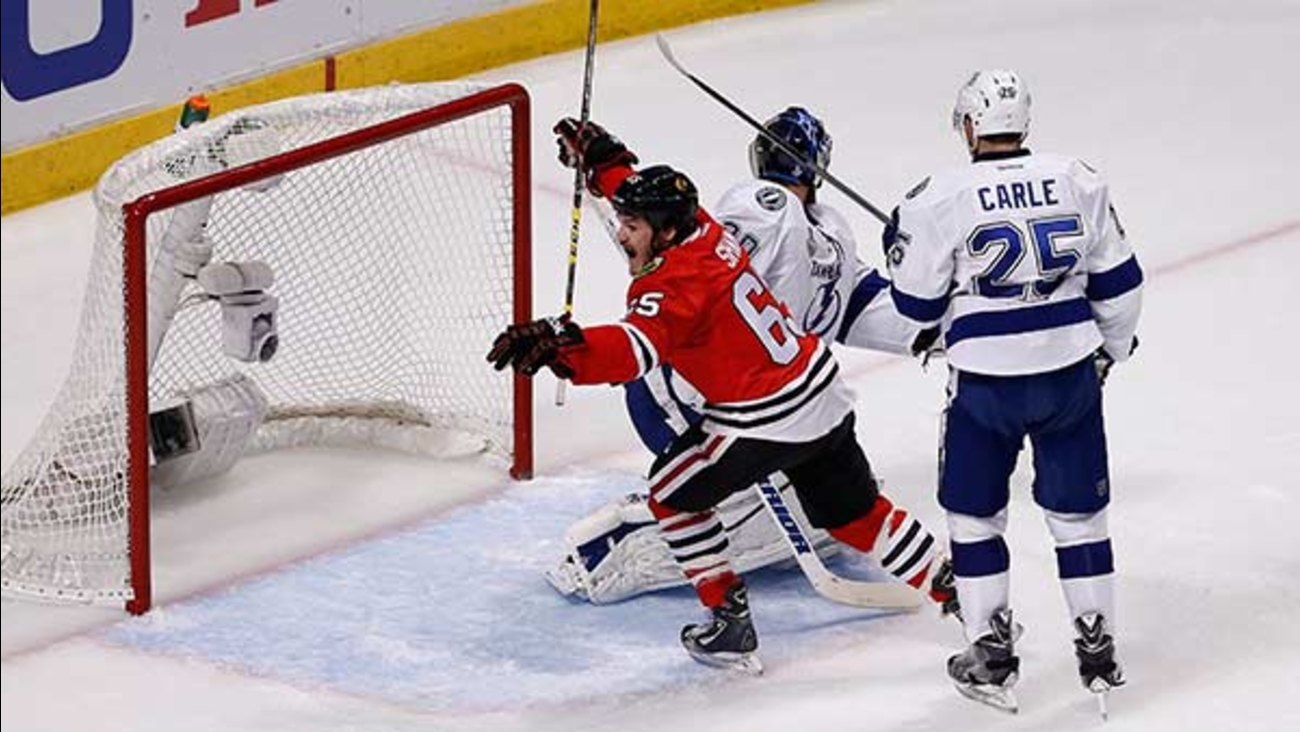 CHICAGO -- Victor Hedman had two assists for Tampa Bay while playing stout defense on Chicago's top forwards and the Lightning beat the Blackhawks 3-2 in Game 3 of the Stanley Cup Final on Monday night. 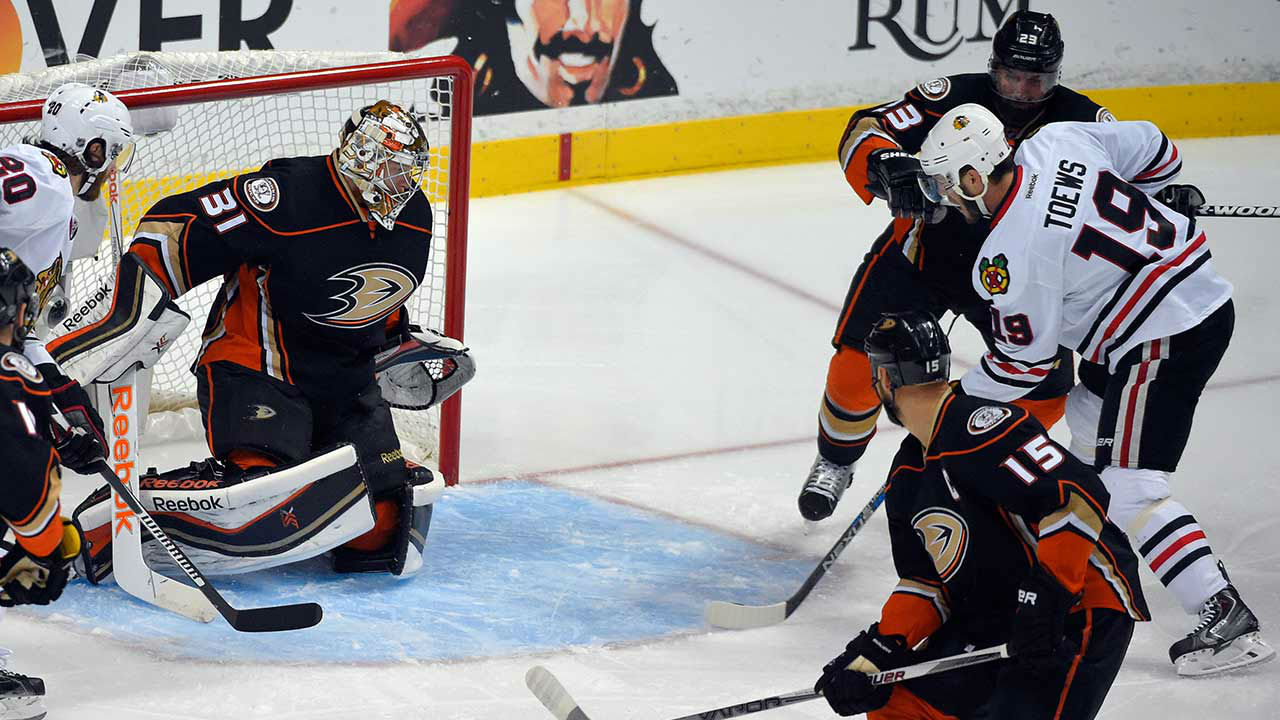 Ryan Callahan, Ondrej Palat and Cedric Paquette scored as Tampa Bay used its second straight win to take a 2-1 lead in the best-of-seven series. Ben Bishop made 36 saves in a gutsy performance after he was questionable coming into the game. Game 4 is Wednesday night.

The third consecutive one-goal game in the final was tied at 1 after two periods, and then tied again after the teams exchanged goals in a 13-second burst in the third. But Hedman helped the Lightning take the lead for good when he skated into the corner and made a perfect pass to Paquette in the middle for his third goal of the playoffs with 3:11 remaining, silencing the United Center crowd.

Bishop and company held up down the stretch as the Lightning improved to 8-3 on the road in the playoffs.

Tampa Bay wasted a chance to go in front in the second after Saad was whistled for goaltender's interference, creating a 5-on-3 opportunity. Bishop, who was a game-time decision with some sort of issue left over from Game 2, was shaken up on the collision, but stayed in the net. Crawford then made a couple of big saves to help the Blackhawks kill off the power-play time, leading to roars of approval from the crowd of 22,336.

Marian Hossa made a slick pass to set up Saad's seventh goal at 4:14 of the third, giving the Blackhawks a 2-1 lead. But the Lightning came right down and scored when Palat stuffed in a rebound for his eighth of the playoffs.

After nearly two days' worth of speculation, Bishop led the Lightning out of the tunnel for warmups and got the start in goal. He participated in the morning skate, but there was no definitive word on his status until he was announced as the starter right before the game.

The 6-foot-7 Bishop left two different times during the third period of Tampa Bay's 4-3 victory in Game 2 on Saturday night. The team has not provided a reason for his twin departures, but he appeared to be dealing with some sort of groin or leg injury as he struggled to get up and down for much of the night.

The Lightning got the first goal for the fourth straight time when Hedman made a terrific stretch pass to an open Callahan for a big drive over Crawford's left shoulder at 5:09 of the first. Hedman has four assists in the series while hounding Chicago's talented group of scorers, establishing himself as an elite defenseman on the NHL's biggest stage.

The Blackhawks dominated the rest of the period. Hossa wasted a prime opportunity when his shot on an open net was wide left as he tumbled to the ice. Teuvo Teravainen also shot it wide on a good look while Bishop struggled to move around the goal.

Tampa Bay defenseman Braydon Coburn was sent off for hooking with 7:18 left, and the Blackhawks capitalized on their first power-play opportunity. With Andrew Shaw lurking in front of the goal, Richards' big slap shot went off the top of Bishop's glove and into the net for his third goal of the playoffs. 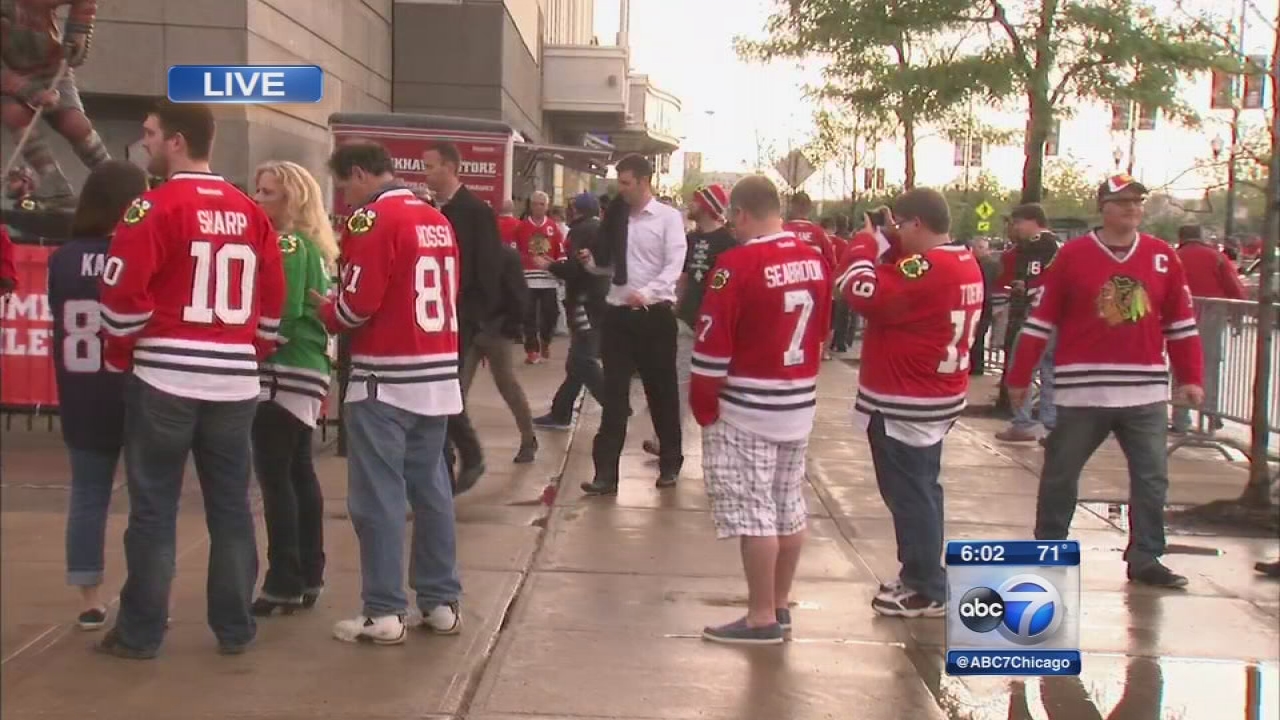 Blackhawks return to Chicago for Game 3
As the Blackhawks come home for Game 3 of the Stanley Cup Final, hockey mania has once again taken over Chicago.

BLACKHAWKS RETURN TO CHICAGO FOR GAME 3

As the Blackhawks came home Monday, hockey mania has once again taken over Chicago.

Blackhawks pizza is on the menu in Bridgeport. Punky's Pizza and Pasta has been serving it up hot since last year's playoffs.

And believe it or not, there are still tickets to be had.

"After the game, I'm just as tired as they are because I go through every shaft. My wife and I like to watch the games at home, by ourselves, so we can yell and scream and tell the commentators if they're saying something wrong about my boy," said Doug Shaw.