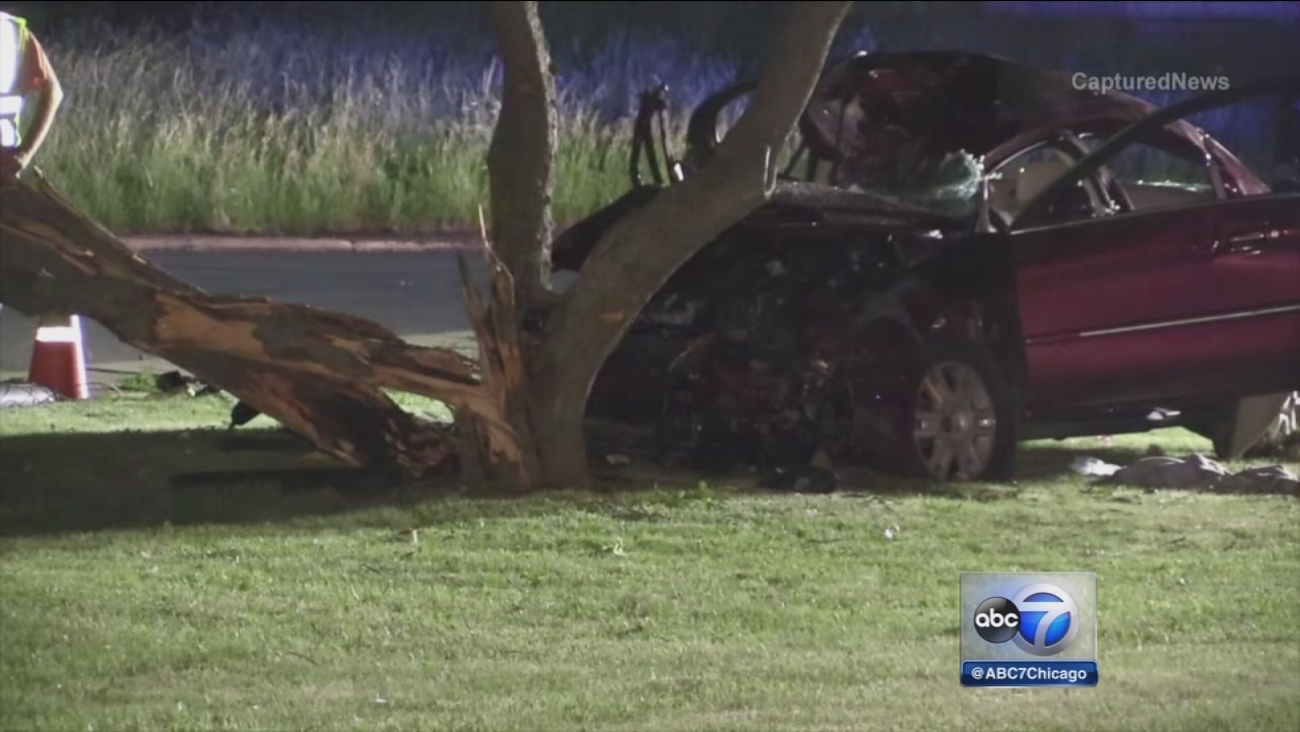 Two teenagers were killed in a crash early Wednesday when their car hit a utility pole and caused a tree to split in half. (WLS)

PARK FOREST, Ill. (WLS) -- Police said alcohol and speed may have been factors in a crash that killed two teens in south suburban Park Forest.

The car involved in the crash was reported stolen on June 1 from Ford Heights. A Park Forest police officer noticed it speeding on Western Avenue overnight.

By the time the female officer caught up with the car, it had plowed into a light pole and tree near the intersection of Western Avenue and Algonquin Street around 12:30 a.m. Wednesday.

"She observed a subject running to a side street from a distance and was calling for assistance, then noticed two victims in the vehicle," said Park Forest Police Chief Peter Green.

The 22-year-old driver of the vehicle fled leaving behind two teenagers who died at the scene, police said.

Police said it didn't take long for officers to find the driver.

"They learned a subject was in an area hospital consistent with injuries of a car accident. They went there and they took a 22-year-old male into custody," Green said.

The driver is custody at the Park Forest police station. Police said he was under the influence at the time of the accident. Charges are pending.