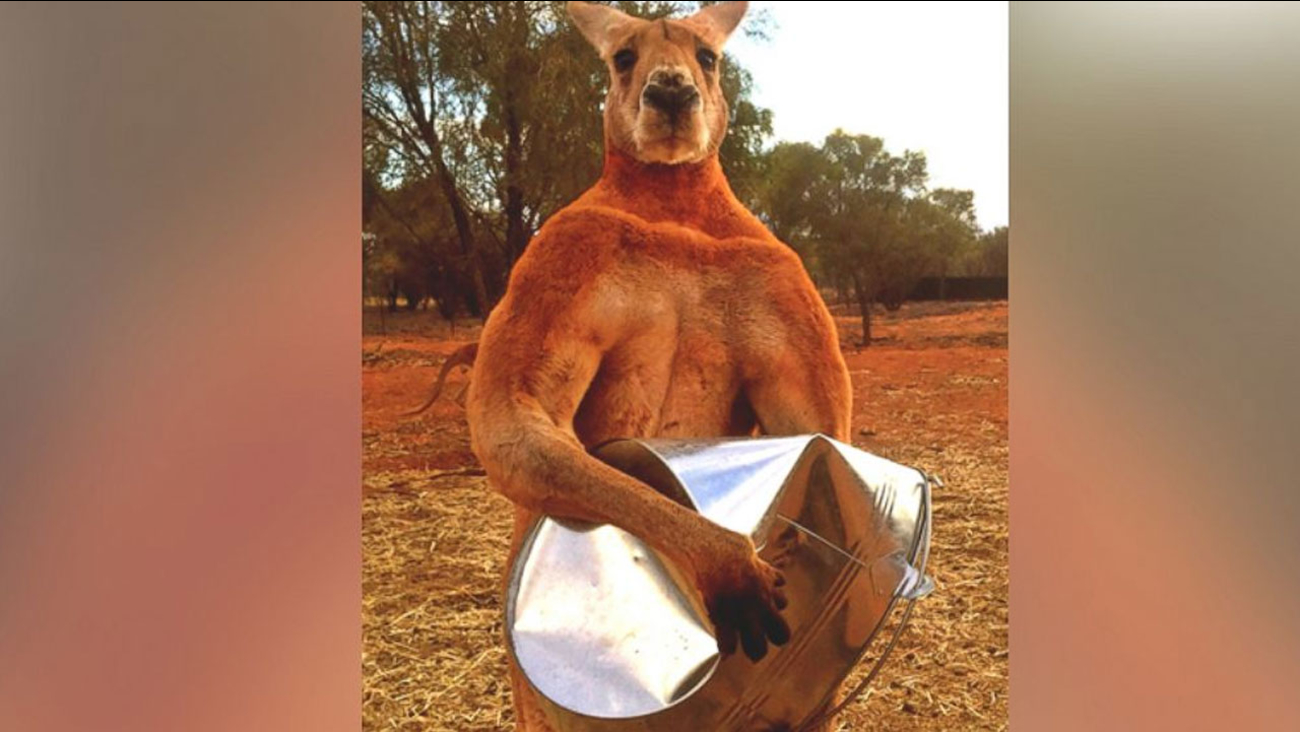 Roger went viral after his owner posted a photo of the massive kangaroo crushing his feed bucket after a meal.

Roger lives at The Kangaroo Sanctuary in Alice Springs, Australia. Brolga found Roger in his dead mom's pouch along the side of a highway in 2006, and has been raising him ever since, according to ABC News.

25 kangaroos live at the sanctuary, though Roger's Internet fame has made him the chief attraction. Roger, now nine years old, stands an imposing 6' 7" and weighs 200 lbs. Brolga says Roger tries to kickbox him, but he's able to escape to safety.