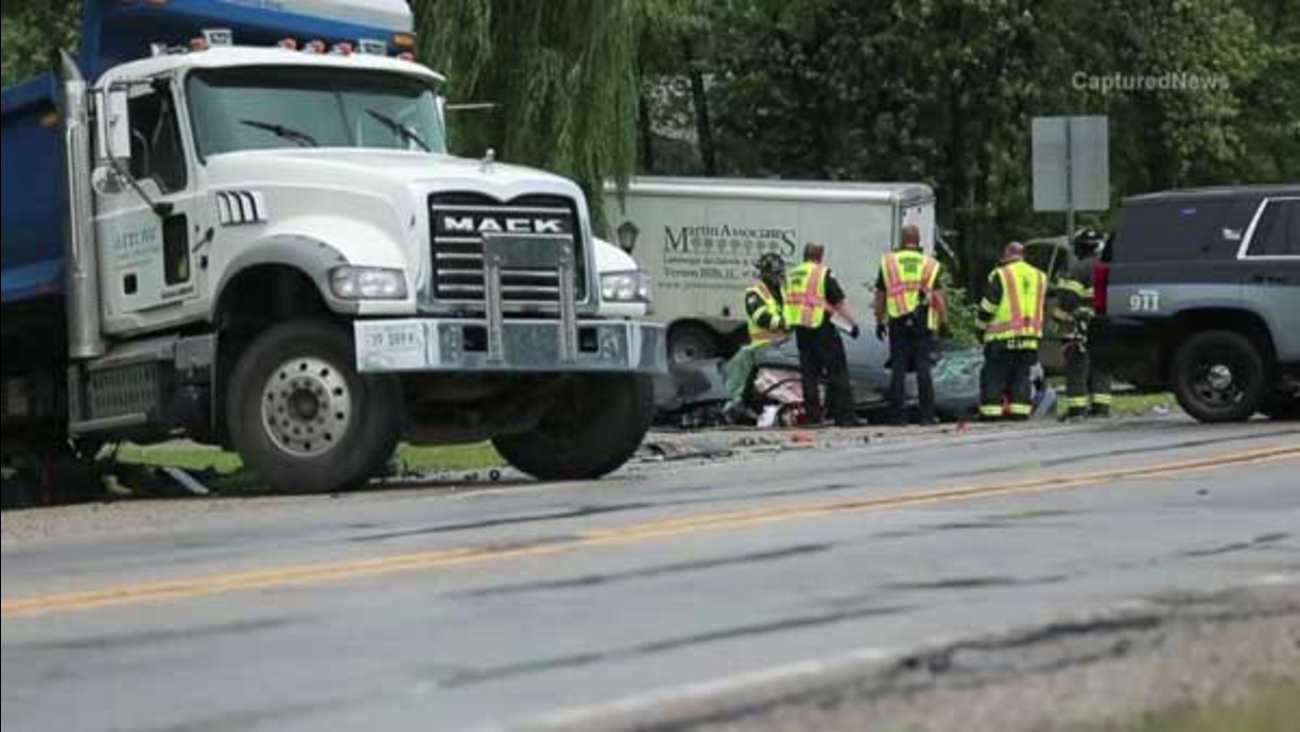 GRAYSLAKE, Ill. (WLS) -- A woman killed in a four-vehicle crash in north suburban Grayslake was identified.

Heidi Bauer, 43, of the 200-block of Wellington Circle in Gurnee, died after the car she was driving was struck on IL-120 near Battershall Road Monday afternoon.

The Lake County Sheriff's office said a landscape truck traveling east on IL-120 crossed the center line around 1 p.m. and sideswiped a dump truck heading west. The dump truck hit a 2003 Honda Civic and a Ford van. Bauer was driving the Honda.

No citations were issued. Any charged related to the crash will be filed once police conclude their investigation.