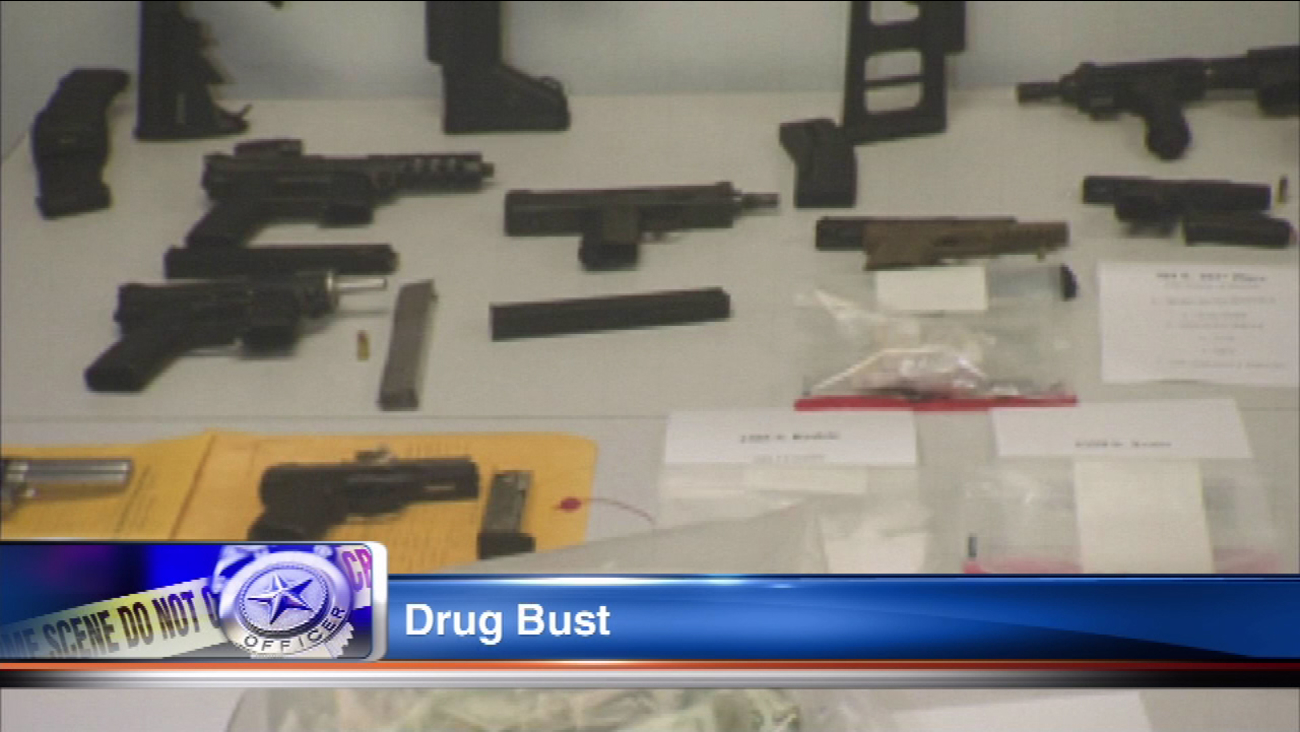 CHICAGO (WLS) -- A massive drug bust on Chicago's West Side. Chicago police call it one of their biggest takedowns in recent years.

Heroin, cocaine, cash and assault weapons were all seized from homes in the area between Greshnaw and Independence in the Homan Square neighborhood. Police call the area the heroin highway because people from the suburbs drive in on the Eisenhower to buy heroin.

"We believe this could be one of the worse narcotics locations in the city of Chicago. This is one of those locations we always talk about: a drive up location on the West Side," Supt. Garry McCarthy said.

Police said the drug ring may be tied to at least 40 shootings and possibly four murders. Forty-two people are now facing charges.