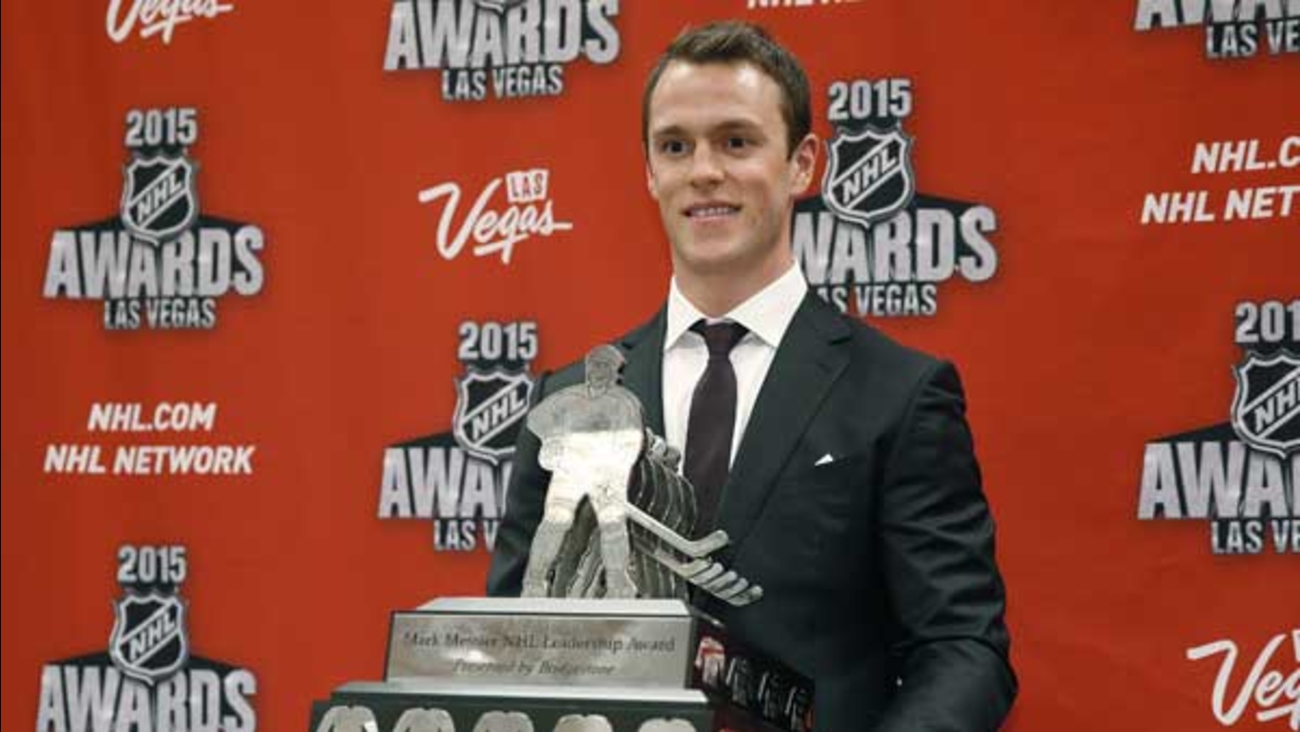 Toews participates in several off-ice endeavors with the Blackhawks, including Make-A-Wish Foundation activities and other charities back home in Winnipeg. On the ice, Toews led Chicago to its third Stanley Cup title in six seasons earlier this month.

Anaheim Ducks captain Ryan Getzlaf and Winnipeg Jets captain Andrew Ladd were the other finalists for the award.

"Our team's passion and dedication have made this all possible - and I'm sure fans will be fired up about it," Toews said.

"Being teamed up with Jonathan for the NHL 16 cover is a great feeling," said Kane. "I never would have imagined being on the cover twice. The fact this is happening on top of our team taking home the Cup is unreal."