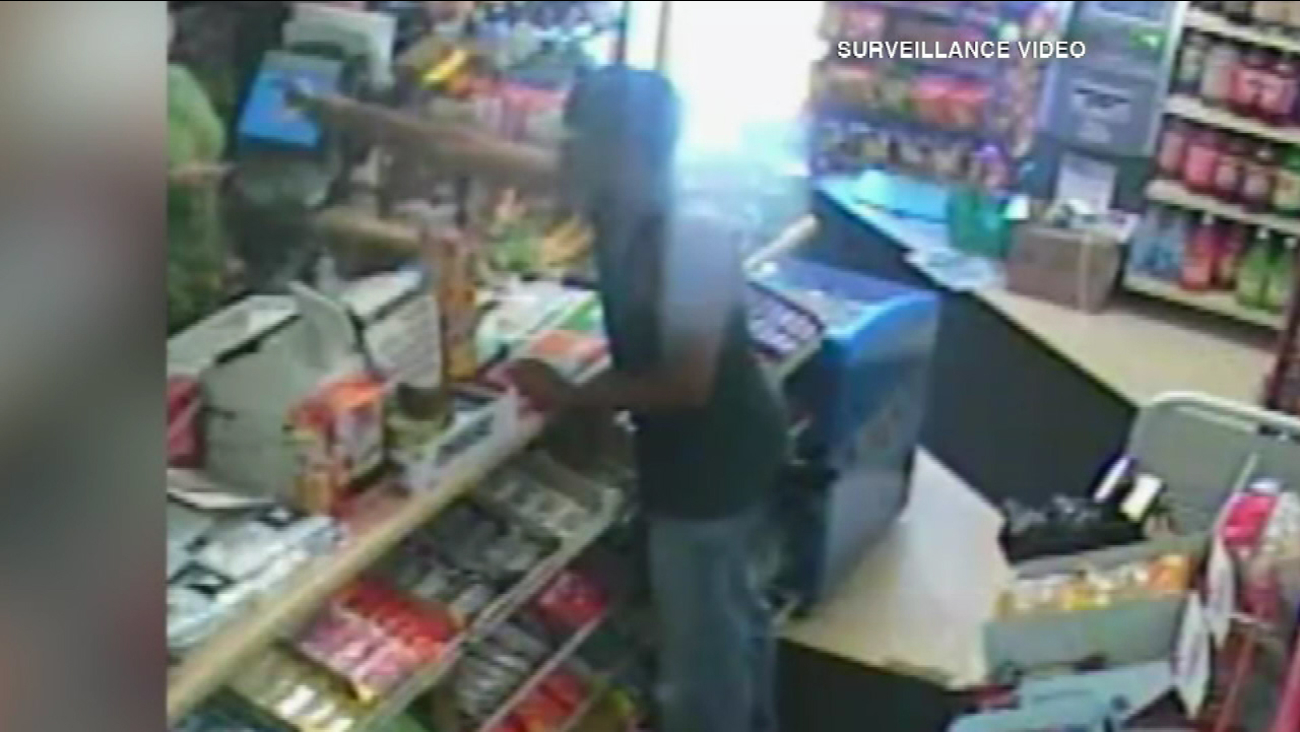 WAUKEGAN, Ill. (WLS) -- Police are searching for a man in connection with an attempted armed robbery at Sunset Foods in north suburban Waukegan, police said.

Two male offenders allegedly attempted to rob the store, located in the 1500-block of Sunset Avenue, around 2:30 p.m. Tuesday, police said. A store clerk told police that one of the offenders struck her with a handgun during the incident.

After conducting an investigation, police arrested Zorran Love, 18, later Tuesday night. He was charged with attempted armed robbery, attempted aggravated robbery, and two counts of aggravated battery. He remains in custody and his bond was set at $250,000.

Investigators also obtained an arrest warrant for Divonte Calhoun, 23, who is wanted on the same charges. Police say he is armed and dangerous, as a handgun was not recovered at the scene of the incident.

Anyone with information is encouraged to call Waukegan police.