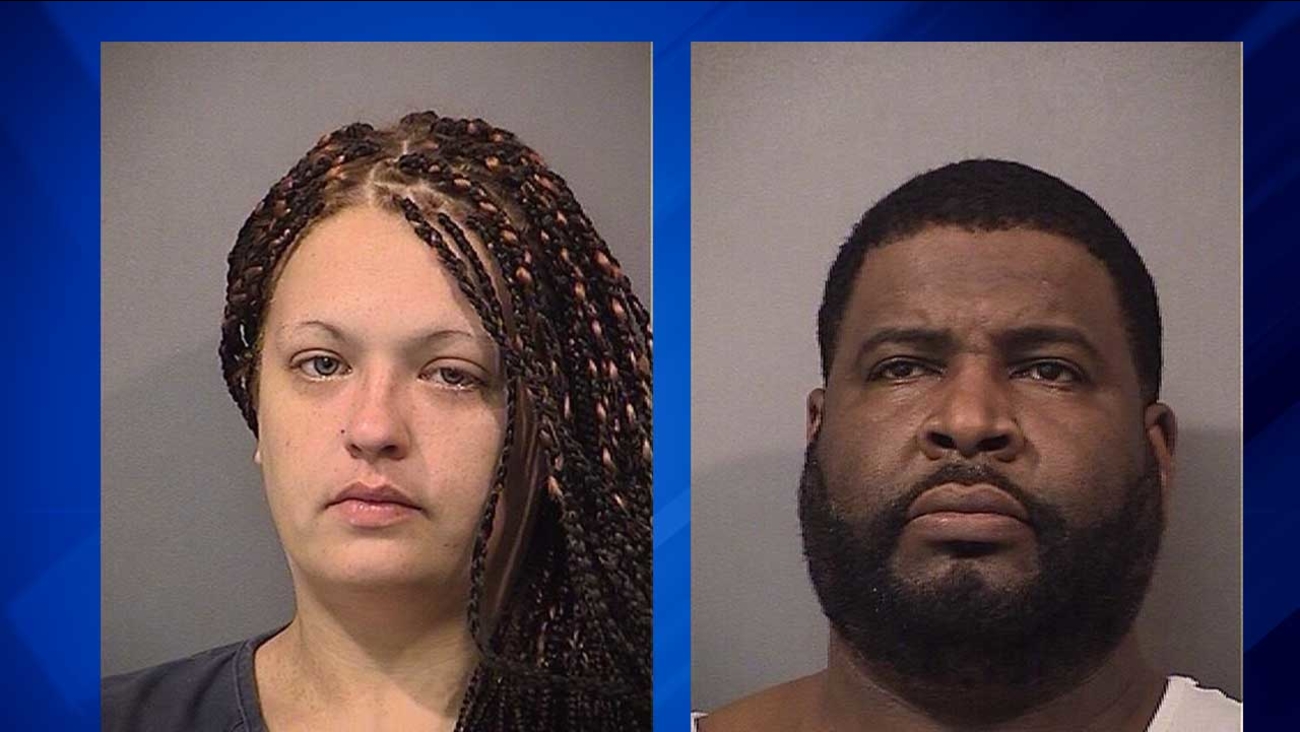 Vondell B. Henry, 45, and Ashley Ann Friske, 26, both of Gary, Ind., are charged with promoting prostitution, a felony. (Lake (Ind.) County Sheriff's Department)

GARY, Ind. (WLS) -- Two Gary, Ind., residents were charged Friday with promoting prostitution after a female individual told officials that the pair were holding her against her will and forcing her to have sex with men, according to the Lake (Ind.) County Sheriff's Department.

Vondell B. Henry, 45, and Ashley Ann Friske, 26, were charged after sheriff detectives, working with federal agents, searched an apartment in the 3500-block of Washington Street in Gary on Wednesday, officials said.

Police were tipped off when a female individual, whose identity was not released, told a friend via a Facebook message that she was being held against her will. The friend then went to police on June 14.

The female told authorities that between June 1 and June 14 she was forced to perform sexual acts with men against her will and that Henry forced her to have sexual intercourse with him five times.

The case remains under investigation and there may be more charges after all the evidence is processed, officials said.

The female individual told police that she met Friske and Henry through an online female friend, who was named London. She said London wanted to meet and hang out, and they made plan for London to pick her up in Chicago.

Instead, Friske and Henry picked up the female individual and drove her to an apartment in the 3500-block of Washington Street in Gary.

Prior to the arrests, a Lake County Sheriff detective visited the apartment on June 18 and met with Friske, who declined to give her last name at the time. The detective said that when he knocked on the open back door of the apartment, four women were observed running into different rooms.

As part of the investigation, detectives visited two Websites that are used for soliciting prostitutes and located an advertisement which appeared to be associated with the Washington Street apartment. The detectives called the listed numbers and both times, a woman confirmed that the address was the same.

"This is just the beginning of intensified efforts by the Lake County Sheriff's Department to deal with the serious problem of human trafficking that is occurring on a more frequent basis here in Lake County, Ind., and in Cook County, Ill.," said Lake County Sheriff John Buncich