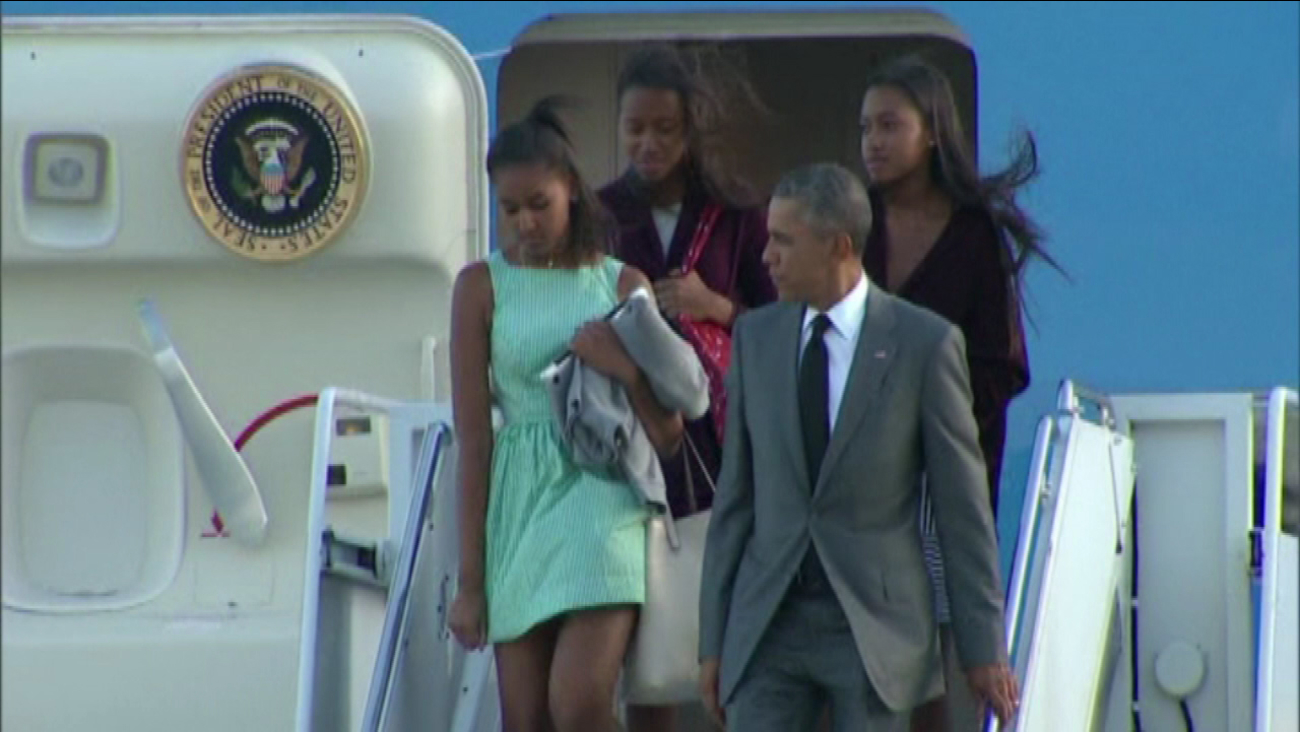 President Barack Obama is enjoying a father-daughter weekend in New York with his teenage girls.

Obama headlined a Democratic fundraiser Friday night hosted by businessman George Logothetis and his wife, Nitzia, on the Upper East Side. About 30 supporters contributed up to $33,400 each.

The rest of Obama's New York overnighter was set aside for time with Malia and Sasha.

Friday afternoon, Obama, 14-year-old Sasha and two of her friends bounded up the steps of Air Force One, eager to join Malia, who was already in New York. Malia, 17, is interning this summer on the Brooklyn set of HBO's "Girls."

First lady Michelle Obama, who took the girls to Italy and Britain earlier in the summer, decided to hang back at the White House this time.

White House spokesman Josh Earnest said the president was "looking forward to a rare opportunity he'll have to spend a little personal time with his daughters in New York."

Earnest wouldn't say what activities were on their schedule, but said journalists taking part in the weekend would be kept up to date. He then quickly noted that journalists traveling to New York with the president would not actually be participating in his outings with Malia and Sasha.

"That might interfere with the personal nature of the father-daughter time," he quipped.

Obama rarely stays overnight in New York unless he's there for business, such as the U.N. General Assembly. He's due back in Washington on Saturday night.