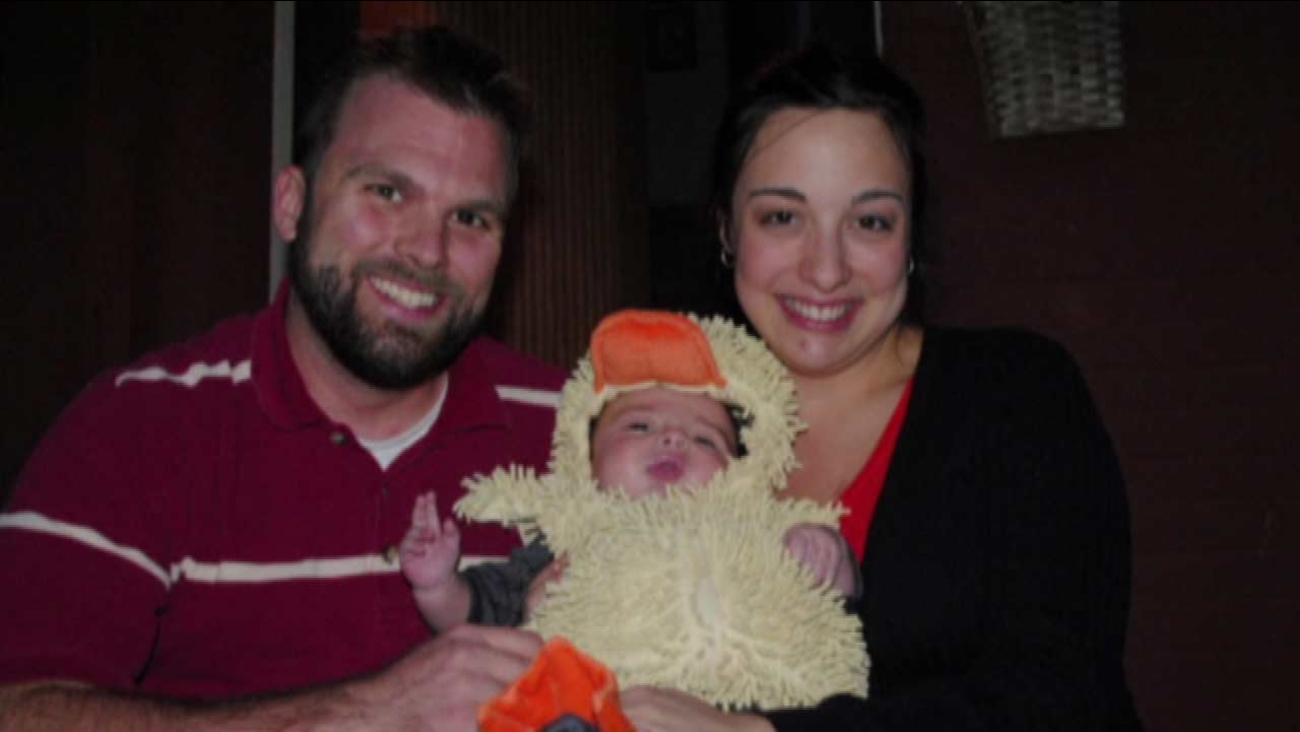 A new study reveals fatherhood may make you fat.

Women are bombarded with images of supermodels miraculously back in bikinis within weeks of giving birth.

Now a new study says that dad bod is no joke.

"They may then skip their exercise, skip their ability to go out and take care of themselves a little bit," said Craig Garfield, associate professor, Northwestern University Feinberg School of Medicine.

Jamie Engles is struggling to lose the pregnancy weight even though he's never actually been pregnant! A former high school and college tennis player, he started packing on pounds about two years ago, right about the time little Jackson was born.

The poor guy, he really did join me in my own weight gain as I was pregnant with Jackson," wife Anne said. "There was some collaborative eating."

"There were a lot of changes in my eating habits," Jamie said. "If there were
any leftovers that we did not finish eating... rather than waste or anything
else we would do a little snacking ourselves."

There was less time and energy for exercise, too.

"We were both working full time, and by the time we would put Jackson down at
night... we were just exhausted," Jamie said.

The new Northwestern University study followed more than 10,000 men over a 20-year period and found a typical 6-foot man gains nearly 4.5 pounds after becoming a dad. Non-dads actually lose about 1.5 pounds over the same time period.

"What we found is that fathers increased their weight after they transitioned into fatherhood, compared to men who didn't become fathers," Garfield said.

so the message here don't succumb to the dadbod.

but there's a serious message here.

"So the unintentional weight gain corresponds to mindless eating. making poor food choices. Parents need to think about their health the same way that they think about their kids' health," said Maya Feller, registered dietician/nutritionist.