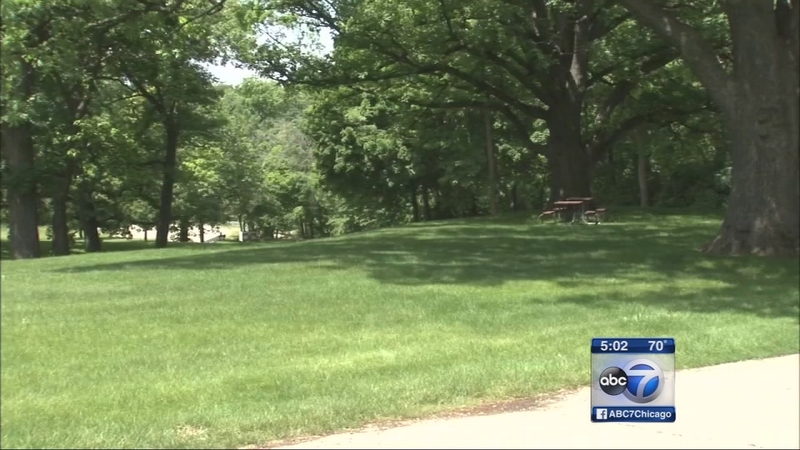 ELGIN, Ill. (WLS) -- Three teens are arrested in connection with the beating of an 87-year-old man with his own golf clubs Saturday in Wing Park in northwest suburban Elgin.

The three teens are charged as juveniles.

Elgin Police investigators are as shocked as area residents about the attack. Police have not said what the motive was for the crime that was committed in broad daylight in a public park.

Parents and area residents taking in a baseball game at Elgin's Wing Park are still concerned about the robbery of an elderly man after he was attacked by three teens Saturday.

"It's ashamed. I think it was random," said Elgin resident Stefani Korabik.

The attack happened Saturday morning around 7:30 a.m. in the northwest suburb.

Police say the 87-year-old Elgin man was leaving the area after practicing his golf "chipping" shot near the baseball fields when he was attacked from behind by three teenage boys.

"He then tried to enter his car and get away from them and was attacked further, being struck by the golf clubs that they had apparently taken from his trunk," said Commander Dan O'Shea, Elgin Police Department.

He was able to drive away, but not before being hit in the head and face with his own the golf clubs.

A witness call 911 as the teens fled with the golf clubs from the popular public park comprised of a golf course, pool and baseball fields.

"We have the freedom of these places that are free to come to and play ball, and run with your kids in the park and go to the swimming pool and now you have to worry," said area resident Kim Lofendo.

Meanwhile, a short time later, officers on patrol spotted the trio a few blocks away from the park near the Clifford Court area where they were taken into custody.

The teens, two 15-year-olds and a 16-year-old have all been charged as juveniles with armed robbery, robbery, and aggravated battery.

"There's not much I can say bad about the kid. When I come around, he's with friends, they're just hanging out," said Elgin resident Jay Johnson.

Police patrols continue as usual at Wing Park as investigators reassure the public that the attack was nothing more than an unfortunate but random crime.

"You have to be aware of your surrounding and you have to know what's going on around you, and be smart, but no not be afraid," Elgin resident Barb Harrington.

Police say the victim was treated and released at the scene, that he did not have to be hospitalized. As for the teens, they have been taken to the Kane County Juvenile Detention Center and are scheduled to appear at a hearing Monday morning.