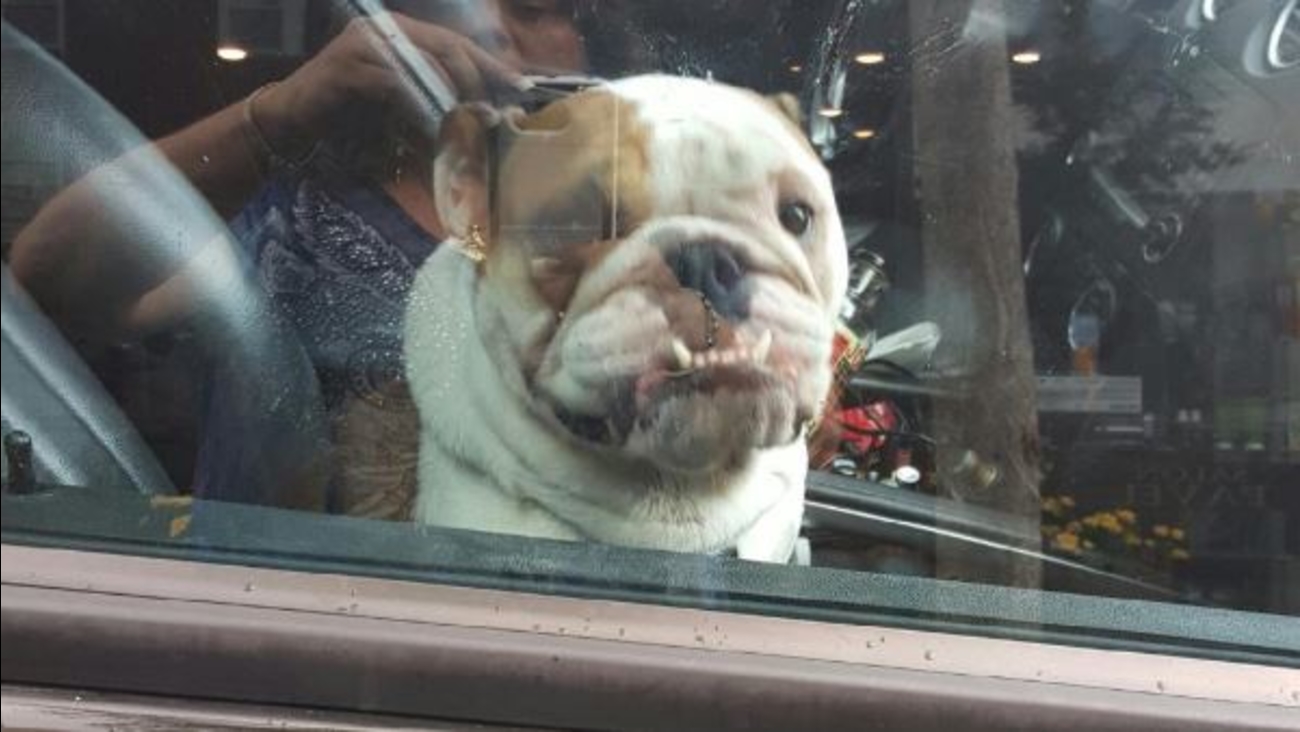 TENAFLY, N.J. -- Police in Bergen County, New Jersey, helped rescue a dog that was locked in a hot car.

Robin Urman, a hairstylist nearby, called Tenafly police just before 1 p.m. Monday to report that a dog was locked in a black Mercedes SUV with the windows rolled up on Washington Street. She said she was concerned for the dog's safety.

When the officer arrived, he determined that the English bulldog, named FiFi, was experiencing some distress, so he used a lockout tool to open the door and let the dog out.

"I gave her water. Put water on her neck and on her feet," said Urman, who is also the CEO of Pet ResQ Inc.

Dog walker Paul Albanese let Urman and FiFi borrow an extra leash so they could walk around the block looking for the owner.

"I think she shouldn't be a dog owner if stupid enough to leave the dog in a hot car especially like yesterday or today," Albanese said.

Urman said it was at least 40 mins from the time she first spotted the dog until the owner finally walked out of a nearby drug store.