The Scoop That Never Was: 40 years ago Jimmy Hoffa probably disappeared before my eyes! 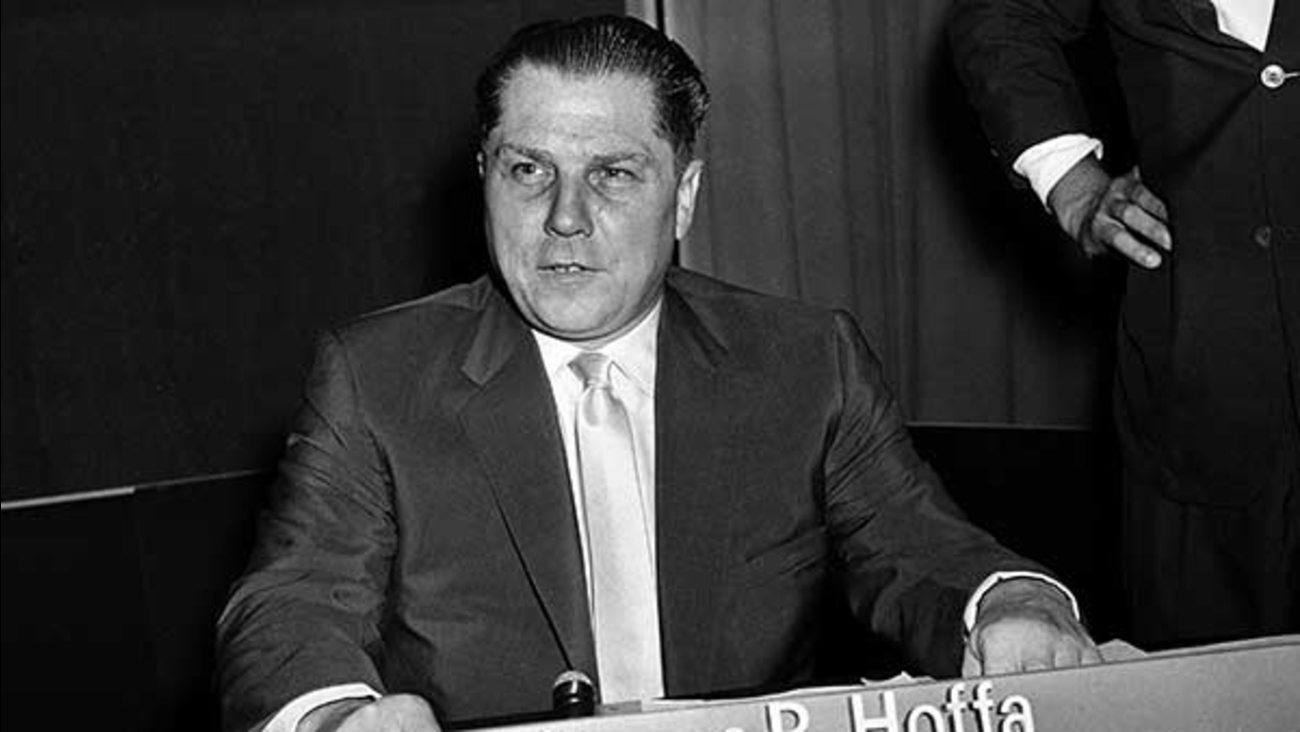 CHICAGO (WLS) -- Odds are, 40-years ago today when Jimmy Hoffa was staring down the barrel of a revolver, I was 100 yards away looking into the stainless steel abyss of a hot fudge sundae dish.

On the anniversary of Hoffa's disappearance, July 30, 1975, this is no Forrest Gump story or even a case of mis-remembering. The once-omnipotent Teamsters Union boss was last seen alive on that day at a suburban Detroit shopping center.

The restaurant from which Jimmy Hoffa disappeared

He was there for a 2 p.m. meeting with mobsters Anthony "Tony Jack" Giacalone and Anthony "Tony Pro" Provenzano. The meeting was to be at the Machus Red Fox restaurant in Bloomfield Township, one mile from where I grew up.

Straight across the parking lot from where Hoffa was last seen alive, was an ice cream shop known as Sanders. That summer of '75, on my way home from working a 5 a.m.-1 p.m. radio-news shift, I would stop there for one of Sanders' Detroit-famous sundaes. Or maybe a hot fudge cream puff. Every day.

It was a summertime ritual of gluttony. The front window of the ice cream shop faced the restaurant where Hoffa had come for his meeting 40 years ago today.

If only I had known that one of America's greatest all-time crime mysteries was happening, perhaps I would have paid more attention. But only a few people even knew Hoffa was there: the men he was to meet and his wife, who he called just after 2 p.m. from a pay phone in the restaurant to report he'd been stood up.

Hoffa was never heard from again.

During the last four decades, there have been dozens of suggested plots and conspiracies. There was a movie about it and an occasional excavation project based on a tip that always led to nowhere. Hoffa's body has never been found, and if there is consensus among the original investigators who are still alive, that is because his remains were dissolved without a trace.

One retired Chicago FBI agent who worked the Hoffa case in Detroit and Newark, N.J., said that within the bureau the mystery of what happened to Hoffa and why was essentially was solved - even if never brought to prosecution. Hoffa's kidnapping and murder was motivated largely by personal vendetta, according to Joe Brennan, a long-time organized crime squad supervisor.

In interviews over the years, Brennan told the I-Team that New Jersey Teamster official and organized crime boss Anthony "Tony Pro" Provenzano had ordered the grudge killing. The late Provenzano's role in Hoffa's disappearance has been reported over the years. But his motive has always been presumed to be a union-related, checkmate-murder designed to block Hoffa's Teamster comeback.

"Hoffa was trying to get back into labor even though he was told not to," by the courts, Brennan said. "Information we got was that the mob was concerned that his re-entry was going to create investigative interest in union activities which could cause problems (for the mob).

"Provenzano saw a great opportunity to exact revenge" under the cover of a preventive union move, says Brennan. "So, he launched a couple of his guys" to eradicate Hoffa.

But Hoffa's gangland termination had nothing to do with his second coming to the Teamster. It was fueled by Provenzano's blood feud with Hoffa, from the time that both men were serving time in the same federal prison.

The FBI's information was that "Hoffa didn't show the appropriate respect for a made (Mafia) guy in prison." In short, Hoffa didn't kiss Provenzano's Cosa Nostra ring while both were at the Lewisburg penitentiary. According to the working theory, Tony Pro never let go of that hostility and eventually got revenge. The FBI was told by mob informants that New Jersey enforcer Salvatore "Sally Bugs" Briguglio and a lesser-known wheelman grabbed Hoffa and took him on his final ride, July 30, 1975.

The FBI belief is that Hoffa was grabbed, killed in Detroit and brought back to New Jersey in a 55-gallon drum for Provenzano to personally verify that he was dead. Federal agents believe the body may have then been melted into the Meadowlands sports stadium in New Jersey, dumped into the Atlantic or dissolved in a vat of zinc in a mob-connected factory. Regardless, Hoffa was declared dead in 1982.

The case is technically open today because his body was never found. Generations know Hoffa only as the punchline of jokes, fueled even by the labor leader's middle name: Riddle (his mother's maiden name.)