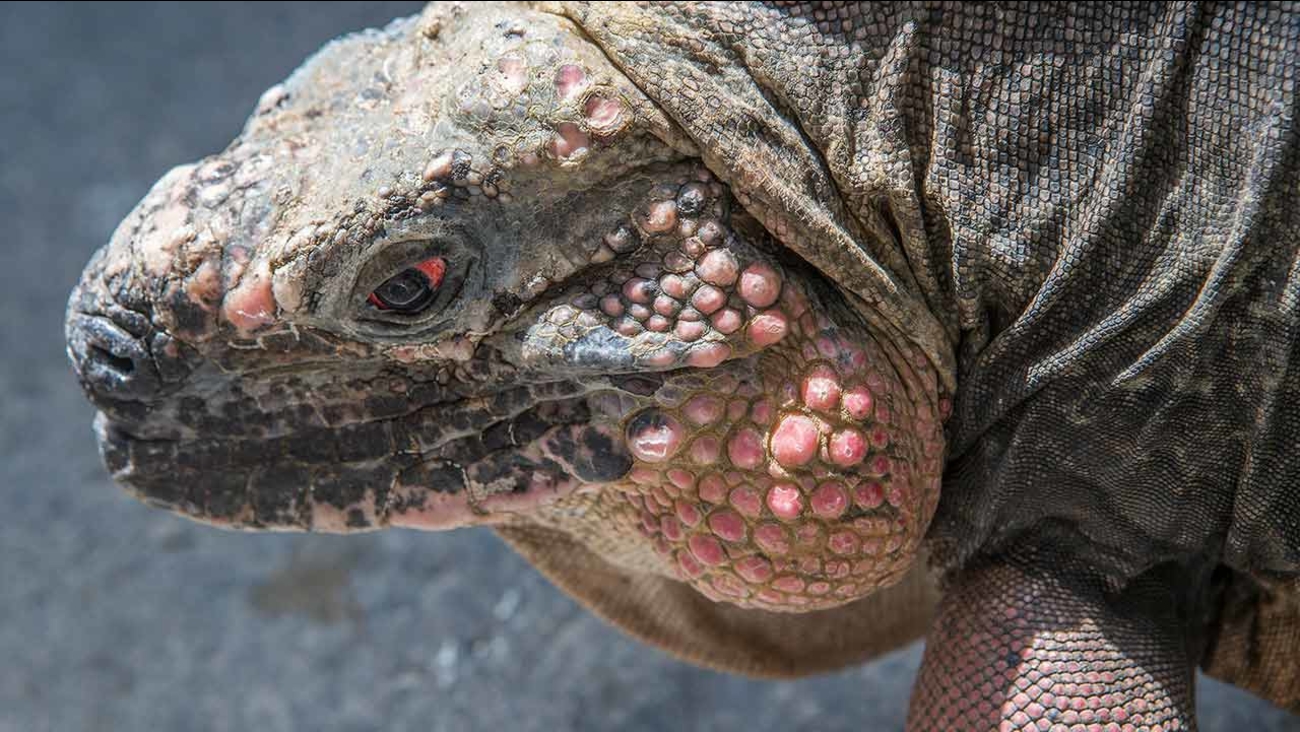 The two Exuma Island Rock iguanas are among some of the most endangered lizards in the world - the aquarium says only 2,000 still exist in the wild. 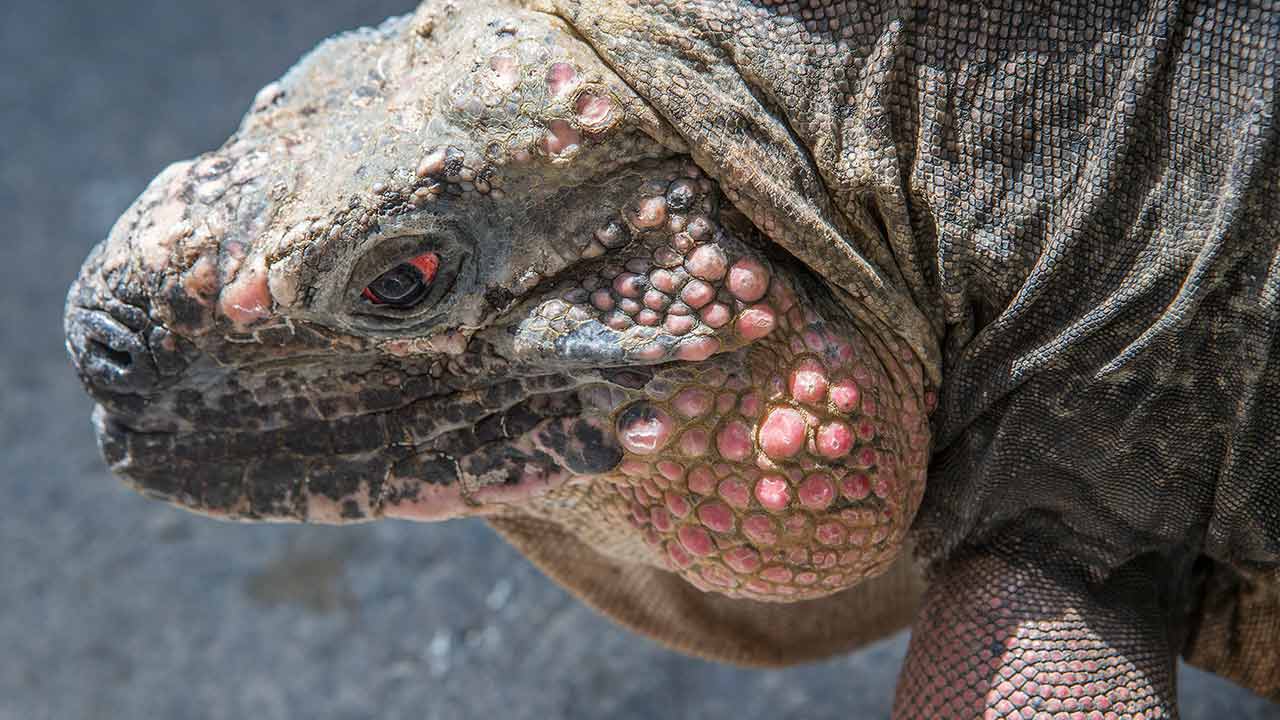 The male and female - who are both more than 20-years-old - were rescued from smugglers who were convicted of illegally removing them from the Bahamas to be sold to a Florida pet trader in 1994. The two were among nine iguanas confiscated by the U.S. Fish and Wildlife Service in 1998.