Malik Earkins, 19, was one of four people charged after a four-hour standoff with the CPD SWAT team in the city's Lawndale neighborhood. (Chicago Police Department)

CHICAGO (WLS) -- Two men and two teens were charged after a four-hour standoff with the Chicago Police Department SWAT team in the city's Lawndale neighborhood.

Police responded to a three-flat in the 1200-block of South St. Louis Avenue around 12:30 p.m. last Sunday after an officer saw a man going into the building with a gun.

The building was evacuated and the SWAT team entered around 4:30 p.m. Several handcuffed suspects were led out of the building half an hour later.

A family member insisted that none of the men in question were armed and that they were simply afraid to come out, for fear of being shot.

Earkins was also charged with unlawful use of a weapon by a felon. 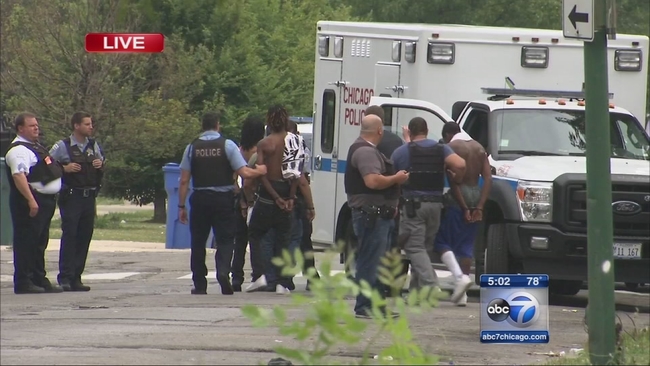