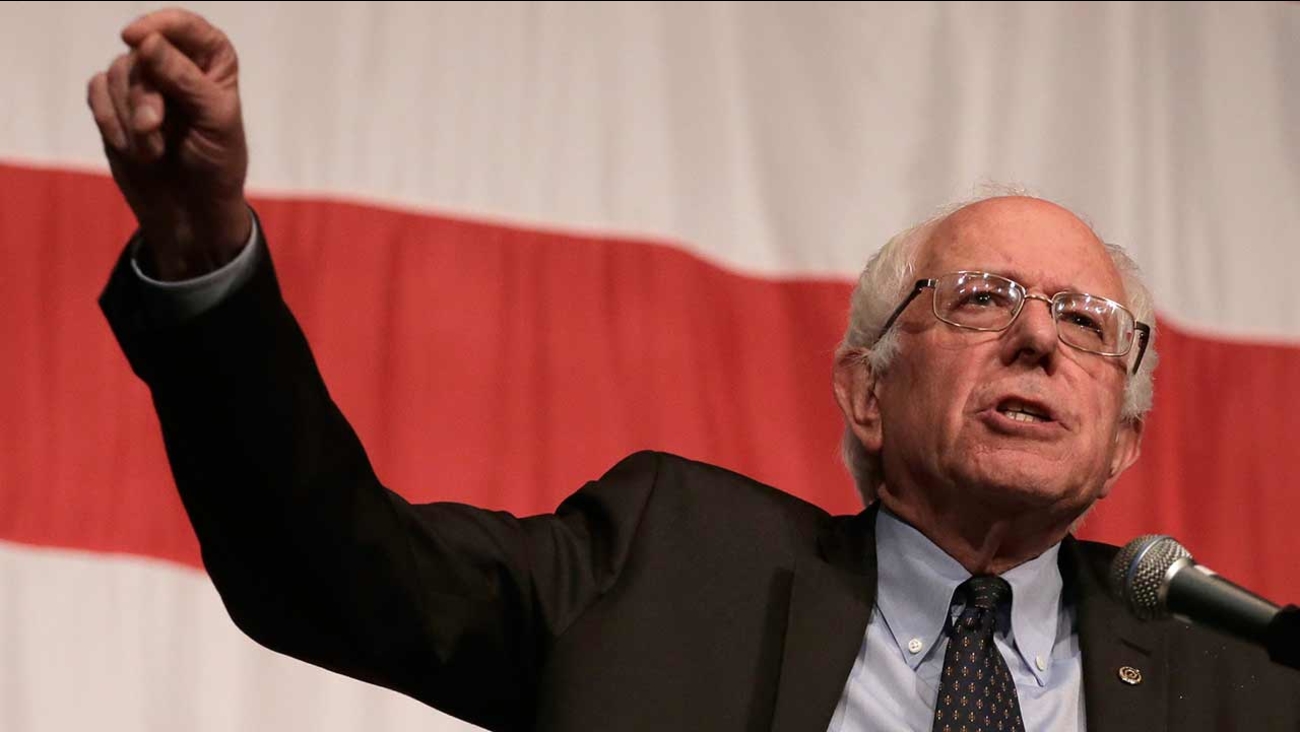 DES MOINES, Iowa -- As Hillary Rodham Clinton walked among the booths selling funnel cakes and corn dogs at the Iowa State Fair, trailed by a massive pack of media and onlookers, Donald Trump's helicopter circled the fairgrounds in the air above.

That's as close as Clinton and Trump's massive entourages came at the state fair, a rite of passage for any presidential candidate in the Midwestern state whose caucuses next February lead off the 2016 state-by-state nominating contests. The respective Democratic and Republican front-runners each drew large crowds of gawkers as Clinton sampled a pork chop on a stick and Trump gave rides to children on his helicopter emblazoned with his famous last name.

"Nice to be here!" Clinton said as she started an hour-long stroll across the fairgrounds. Former Iowa Sen. Tom Harkin, who endorsed her this week, accompanied her. Everywhere Clinton walked, large crowds followed her to get a photograph, a handshake or a quick hello.

Trump later made a grand entrance, landing his helicopter in athletic fields about a mile (1.6 kilometers) away and offering rides on the chopper to children before he came onto the grounds. Almost immediately Trump was crushed by massive crowds seeking photos, handshakes and yelling encouragement. The pandemonium followed him around for roughly an hour - and during a stop for a pork chop on a stick - before he hopped on a golf cart and was driven away.

"This is beyond what I expected. This is amazing," Trump said. "It's been a day of love."

Both Trump and Clinton avoided getting up on The Des Moines Register's "soapbox," a place where candidates can deliver remarks and take questions from fairgoers. A candidate can be cheered or jeered, depending on the mood of the crowd and whether supporters or opponents are on hand. In 2011 Republican candidate Mitt Romney declared from the soapbox that "corporations are people, my friend," a line that dogged the former private equity executive during his 2012 campaign as the Republican nominee.

The front-runners weren't the only ones seeking Iowans' support. Vermont Sen. Bernie Sanders, who has become Clinton's chief rival and has drawn tens of thousands to his rallies, pitched his policies to counter economic inequality from The Des Moines Register's "soapbox," while former Pennsylvania Sen. Rick Santorum, who narrowly won the Iowa caucuses in 2012, donned a red embroidered apron to flip pork burgers over sizzling grills.

When a helicopter flew overhead during Sanders' speech, he was quick with a joke. "There's Donald Trump. What can we do?" said Sanders, who has railed against the influence of billionaires in politics. "I apologize. We left the helicopter at home."

The state fair typically draws around 90,000 people daily during its 11-day run every summer, giving presidential candidates the perfect opportunity to meet potential supporters for Iowa's caucuses which play a pivotal role in winnowing the presidential field.

In the Agriculture Building, the former secretary of state walked past plates of carrots, beets and large cabbages and peered at a pair of the fair's famous butter statues - a cow and a tribute to the board game Monopoly. As she walked around the building, children sat on their parents' shoulders, and people cheered from the rafters above the expo.

Before wrapping up her visit, Clinton sampled a pork chop on a stick and a lemonade. Minutes later, she boarded a black SUV and was whisked away.

Trump took questions from reporters before he came to the fairgrounds and aimed barbs at fellow candidates while touting his place atop the Republican polls. He said he was rejecting campaign contributions from wealthy donors and was prepared to spend up to $1 billion on his campaign.

Trump has been criticized for not detailing his policy positions, but on Saturday he said he would soon release a policy paper on immigration.

Trump also said that, so far, he has not made any political missteps.