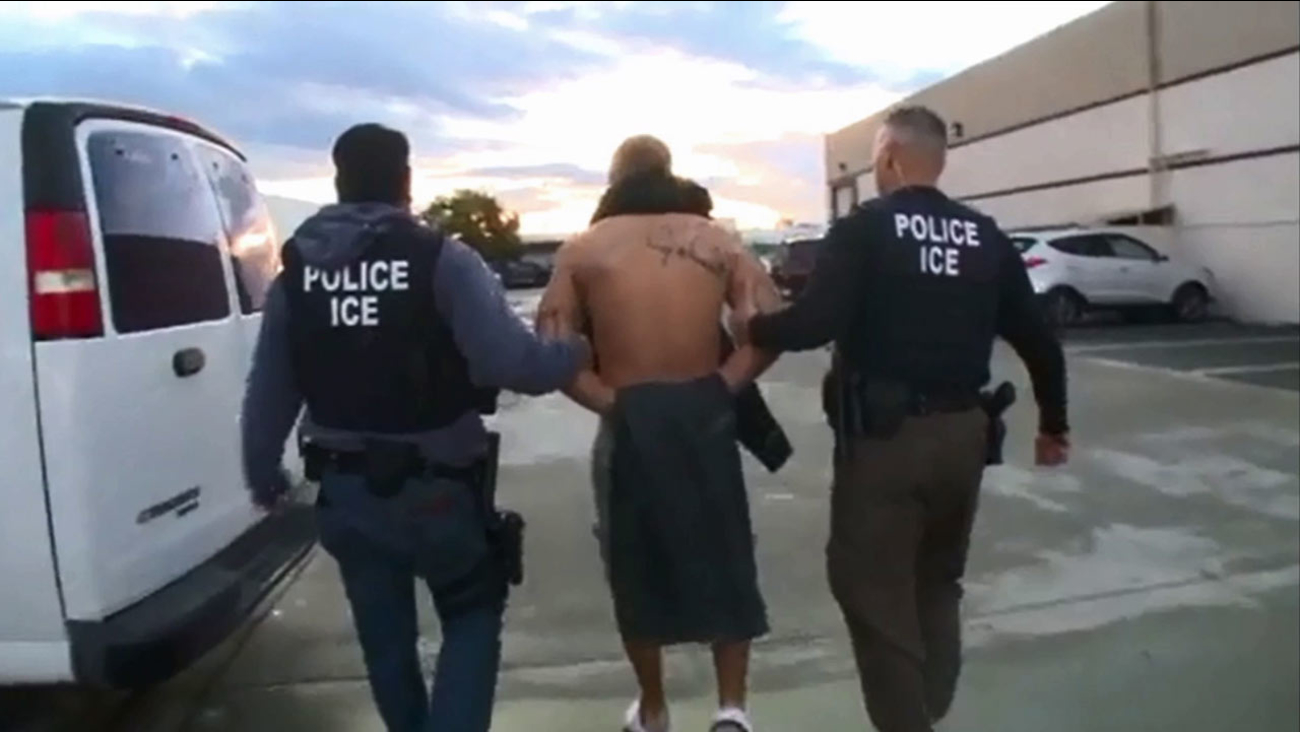 Two ICE officers arrest an undocumented immigrant during a raid in Orange County in March 2015. (KABC)

LOS ANGELES -- U.S. Immigration and Customs Enforcement officers (ICE) arrested 244 immigrants from across the Southland, who have previous criminal records and pose a threat to public safety, during a four-day raid.

All 244 immigrants taken into custody had criminal records, with 56 percent involving felony convictions for serious or violent offenses such as weapons charges, drug violations and child sex crimes. The remaining 44 percent had previous convictions for significant or multiple misdemeanors, according to ICE.

Four of those detained were previously removed from the states and are currently being prosecuted by the U.S. Attorney's office for felony re-entry after removal.

Two of the men, a 46-year-old Guatemalan from Upland and a 50-year-old Salvadoran man from Sunland, were involved in child sex abuse cases. The Guatemalan man had served 10 years in prison for sexually abusing two children.

The remaining immigrants who are not being criminally prosecuted are being processed for removal from the U.S.