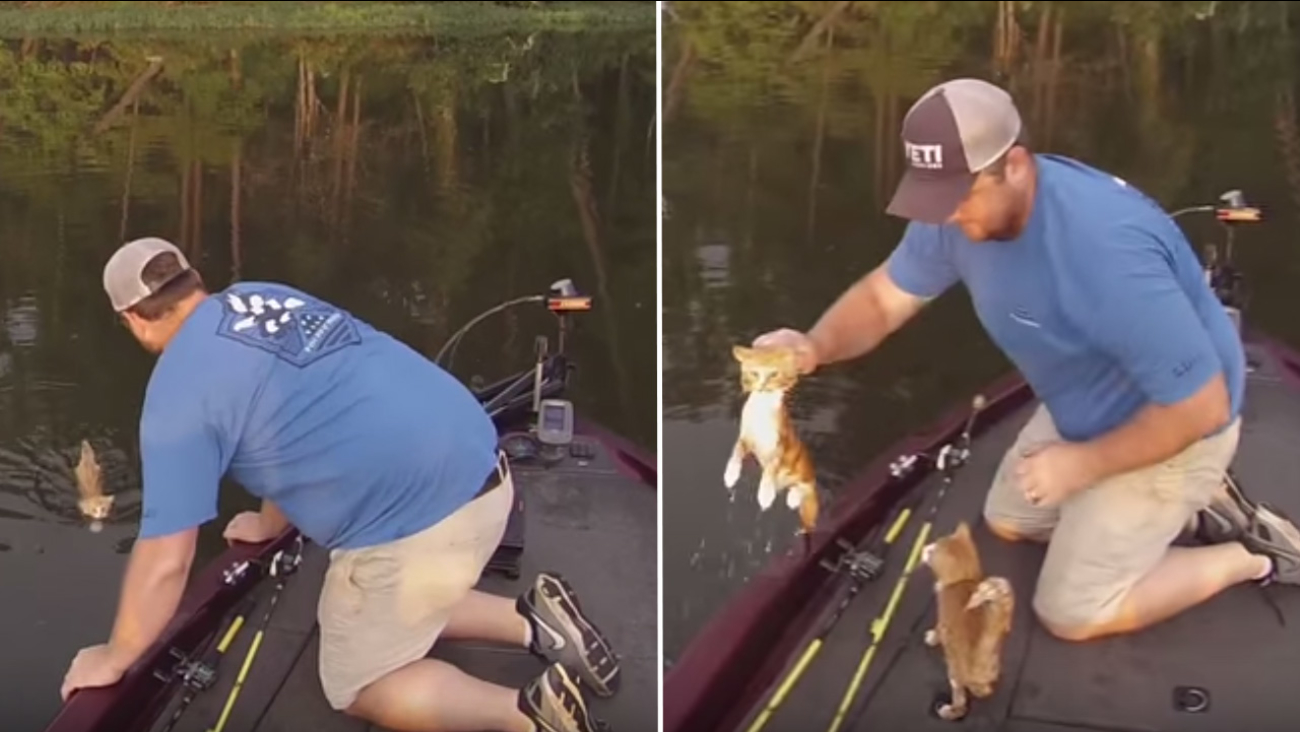 Jason Frost and his friend Brandon Key were fishing on the Warrior River when two kittens suddenly swam up to their boat. (Jason Frost / YouTube)

QUINTON, AL -- A couple of guys in Alabama went fishing and caught a pair of kittens.

Jason Frost and his friend Brandon Key were fishing on the Warrior River when they heard a splash. They both spotted something swimming across the water and pulled out their cameras.

At first, they weren't sure what it was until they heard the meows. It turned out to be an orange tabby kitten!

(WARNING: The video below contains adult language)
Tap to watch on the news app.

"Never in my life have I seen anything like that," Frost said in the video.

The kitten, which only looked to be a few months old, swam to the duo's boat. Frost reached into the water, picked it up and set it aboard.

"Well there's a first time for everything, isn't there?" Frost said.

Strangely enough, at that moment, Frost and Key saw another kitten jump from the bank into the river and start swimming towards them. Frost also snatched that one up, when it got close enough, and put it on the boat.

The identical kittens were friendly and perfectly fine being on the boat, Frost told AL.com, though it did get them some strange looks from others out on the river.

"People were looking at us out on the water like, 'Oh my God, these people got cats with them,'" Frost said.

When they got to shore, they saw a family with two little girls who each wanted a kitten, so they gave them to the family.

"Everybody always has a crazy fishing story, and that's all it is, is a story," Frost told AL.com. "If I wouldn't have had this on video, everybody would have thought I was crazy."