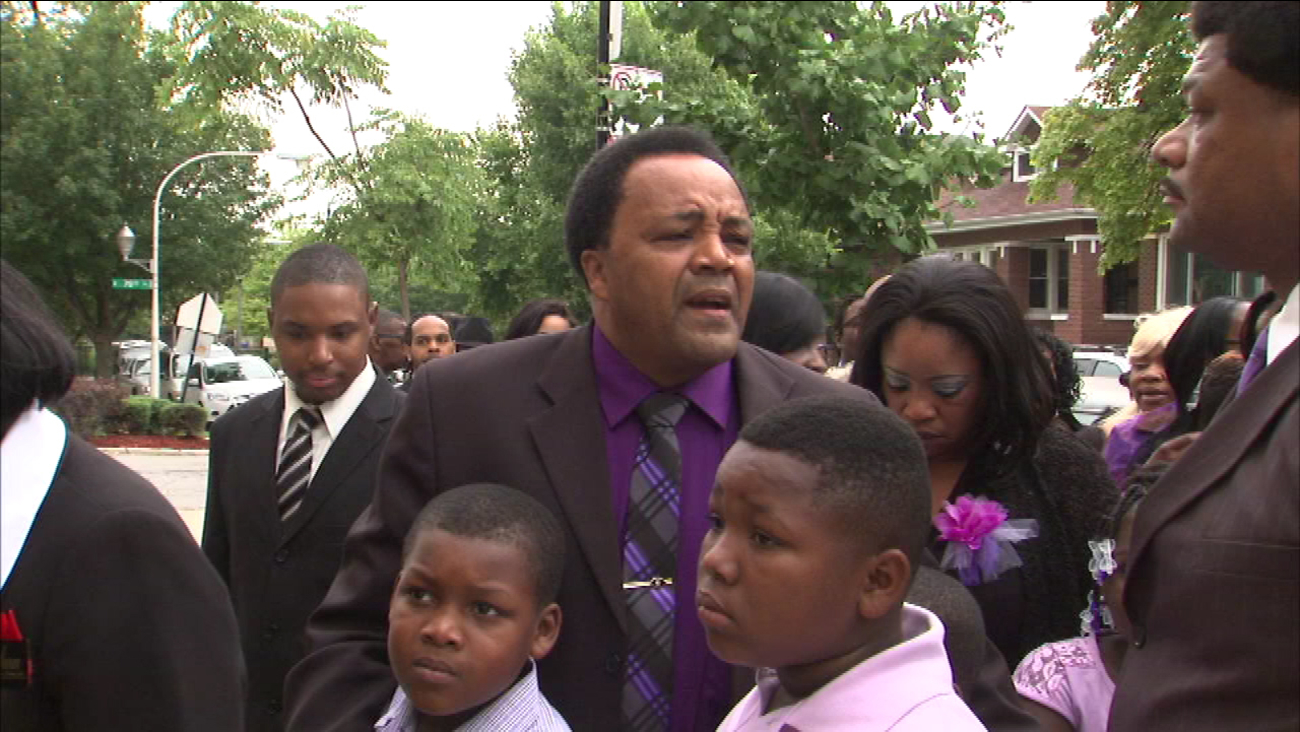 Friends and family gathered at St. Sabina Catholic Church to say goodbye to the 32-year old mother of five. Sword lived in Indianapolis and was shot to death while trying to escape gunfire outside a night club.

Other families touched by gun violence attended the memorial, including the parents of Haydiya Pendleton and Chicago police officer Thomas Wortham.

No one has been arrested for sword's murder. A $16,000 dollar reward is being offered in the case.