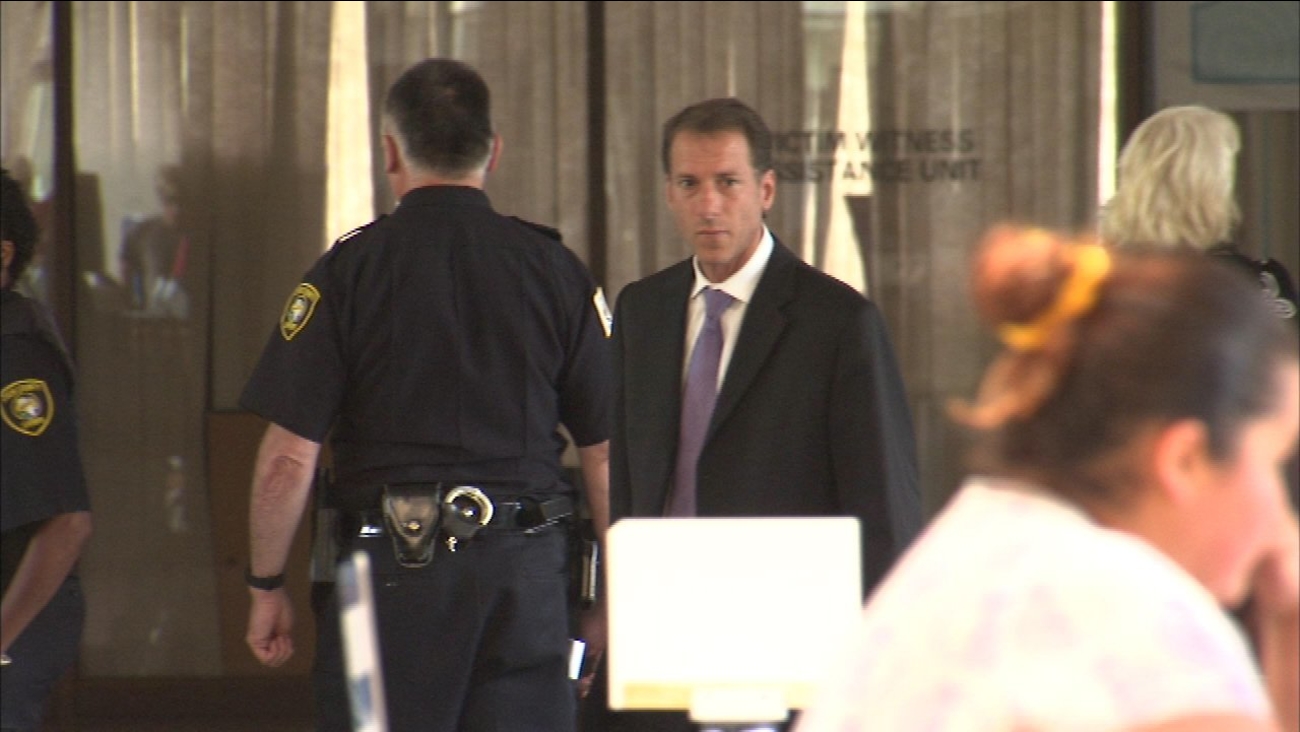 The texts between accused serial rapist Marc Winner and one of his alleged victims are considered crucial evidence in the case but have been inaccessible to investigators since Winner was arrested on September 30, 2015.

Last month, Judge Carol M. Howard ordered that Winner put his password into the phone so investigators can gather text messages between Aug. 21-23, 2015. He allegedly communicated with one of his accusers during that time.

Authorities have had the telephone since then, but Winner, 46, had fought efforts to have him unlock the device.

On Wednesday, Winner punched his secret code into the device three times, which was then declared unlocked.

The phone will now be analyzed by a forensic evidence examiner from a United States Secret Service Electronic Crimes Task Force. That process, investigators say, will take about six weeks.

Judge Howard stressed in court that the retrieved texts were not to be seen by anyone before they are presented to court on August 22.

A spokesperson with the Cook County State's Attorney's Office tells the I-Team that the task force is frequently utilized by their office for these kinds of retrievals.

Last month, Judge Howard did side with Winner in denying a government request to also search for pictures of naked women that a friend of Winner's told the state about in 2016. She said the state did not prove there is reliable evidence that the pictures actually exist. Howard said she would not allow a "fishing expedition" on Winner's phone.

Cook County prosecutors say Winner attacked at least nine women the past 16 years, although he is charged in only four of the sexual assault cases in 2009, 2010, 2012 and 2015. Three of his alleged victims were employees or customers at Winner's now-shuttered tanning salon in Chicago's West Loop.

Judge Howard also ruled that 2001 suburban battery victim Lesley Barton can present limited testimony as a witness to Winner's other alleged crimes. As the I-Team first reported in April of 2016, Barton says Winner attacked her after several drinks at a nearby bar.

In an interview last year, Barton told the I-Team that Winner picked her up and threw her onto a tanning bed.

"He's pulling down my pants as I'm pulling them up and I'm pulling at his hand and the fog is getting stronger and stronger. I kept saying, 'No, no means no.' And I'm certain he's going to kill me," said Barton. "I do recall being raped, I just don't recall how much time it was."

Winner was arrested on suspicion of criminal sexual assault in that case but later convicted of a reduced charge of battery and given a sentence of probation.