Agent Was Targeted Because She Was 'Woman That Worked Alone' 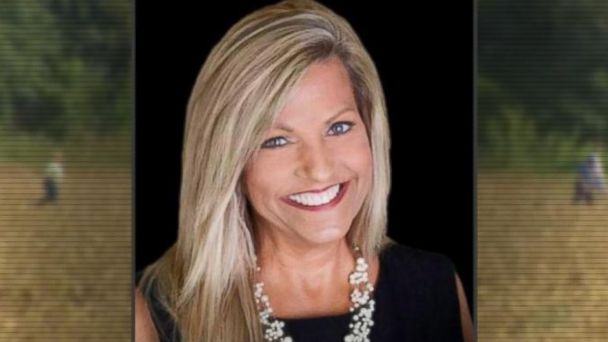 The man accused of kidnapping and killing Arkansas real estate agent Beverly Carter said today she was targeted because she was "a woman that worked alone."

Aaron Lewis, an ex-con, pleaded not guilty today charges of capital murder, robbery and kidnapping in connection with Carter's death. He is being held on $1 million bail.

Lewis, 33, admitted during police questioning to kidnapping Carter, 50, Pulaski County Sheriff's Lt. Carl Minden told ABC News. Lewis did not admit to the slaying and did not provide any details about Carter's whereabouts, Minden said.

The suspect spoke briefly to reporters this morning as he was taken from the jail to the sheriff's office, where he was to be interviewed again after spending more than 12 hours with investigators Monday.

When asked by reporters why Carter was targeted, Lewis responded: "Because she was just a woman that worked alone -- a rich broker," The Associated Press reported. He denied killing her.

Carter's body was found in a shallow grave at the Argos Concrete Co., about 20 miles from the town of Scott, Arkansas, where Carter had an appointment to show a house for sale. The Associated Press reported that Lewis once worked at the concrete company.

Carter's family issued a statement today, saying, "We are devastated at the loss of our precious Beverly. There is now a hole in our hearts that will never be filled. Mr. Lewis robbed us of an amazing wife, loving mother and grandmother. Her grandkids will never get to the know the magnitude of her greatness."

The real estate agent's disappearance had rattled her colleagues, most of them women, who routinely agree to meet strangers at empty homes that are for sale.

"They're scared, and I need someone to give them some reassurance," said Brenda Rhoads, the principal broker at the real estate company where Carter worked.

Rhoads, who was good friends with Carter and worked with her for nine years, told ABC News that she arranged for a police detective to come and speak to her colleagues at Crye Leike Real Estate Services Monday to try and calm their fears.

Some have said that Carter, a 50-year-old grandmother, should not have met the prospective buyer alone, but Rhoads dismissed those critiques, saying, "That's our job."

"I would say that 80 percent of my agents are women, but the men, they are devastated, too," she said.