Amid CPD scandal, veteran cop seeks next generation of officers

WLS
CHICAGO (WLS) -- What is it like to work in a police department under attack? A veteran officer spoke to ABC7 about the public's response to police since this scandal broke, and his mission to find the next generation of police officers.

A few months back, Mayor Rahm Emanuel worried after events in Ferguson, Missouri, that Chicago officers were in his words "fetal" and it was causing an uptick in crime.

Now, the mayor has a full-blown scandal of his own. And while some officers have said they're being less aggressive because they don't feel City Hall has their back, we spent some time with one cop who views his work as "a calling".

"I went to Curie, but I hung out in K-Town," said Officer Edmundo Aillon, who says his community is why he became a cop. He wanted to make it safe. And after 15 years on the job, he still does.

ABC7's Ben Bradley asks: "Do people treat you differently, is it a harder job?"

"The ebbs and flows of our job definitely are dictated by the media," Aillon said.

Media coverage of a department under siege. But the calls for help don't stop just because there's chaos at the top. In the first week of the Laquan McDonald protests, police responded to 41 shootings, 269 burglaries and 21 rapes.

"We go out there and do the same thing whether we're a high point with respect to the community or a low point," Aillon said.

In Little Village, several officers used their off-hours Wednesday to appeal to young people to join their ranks by signing up for the next police exam. While there were many questions, no one asked about police misconduct.

"People notice the one cop that does something terrible, it gets national coverage, but there's every single other cop doing midnights day in and day out. You gotta wonder who we're paying attention to. I want to be one of the good ones," said Eduardo DaVila, who is applying to become a police officer.

As Officer Aillon returns to his beat, he says he and the vast majority of good cops won't let the questionable actions of a few deter them from their duty.

"The only way you're going to be able to combat that is by doing quality work. That's it. That's how you get through the day," Aillon said.

Interim Superintendent John Escalante has been attending two roll calls a day. His message to officers: "We have a job to do to keep the city safe and restore the public's trust." 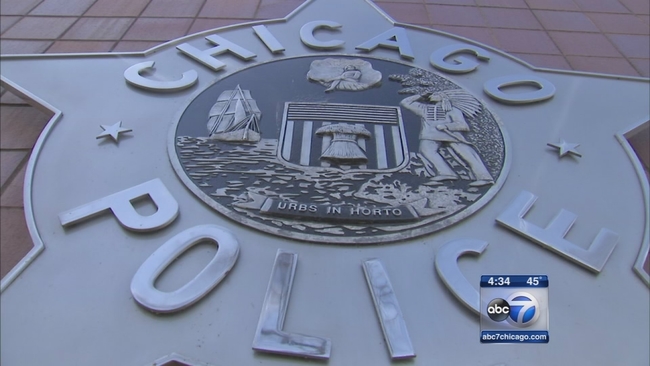