Sergeant 1st Class Corey Hood, 32, of Cincinnati, Ohio, collided in mid-air with a Navy Leap Frog skydiver Saturday morning. Hood had been in critical condition at Northwestern Memorial Hospital, where he died just after 4 p.m. Sunday afternoon. The Navy skydiver Hood collided with suffered a broken leg and is expected to recover.

Hood had logged more than 200 free fall jumps and 75 military static line jumps during his career, according to his Army biography.

The Army Golden Knights and Navy Leap Frogs parachute teams were performing what is known as a "bomb burst" Saturday when the collision occurred, Golden Knights spokeswoman Donna Dixon said. During the stunt, parachutists fall with red smoke trailing from packs and then separate, creating a colorful visual in the sky.

Dixon said Hood collided with a member of the Navy's precision skydiving team.

"Hood was knocked unconscious which resulted in an uncontrolled offsite landing," she said in a statement.

In a statement released Sunday night, U.S. Army parachute team Lt. Col Matthew Weinrich said, "As soldiers, there are risks every day in what we do, but you do everything you can to minimize those risks and it is extremely hard when that is not enough." 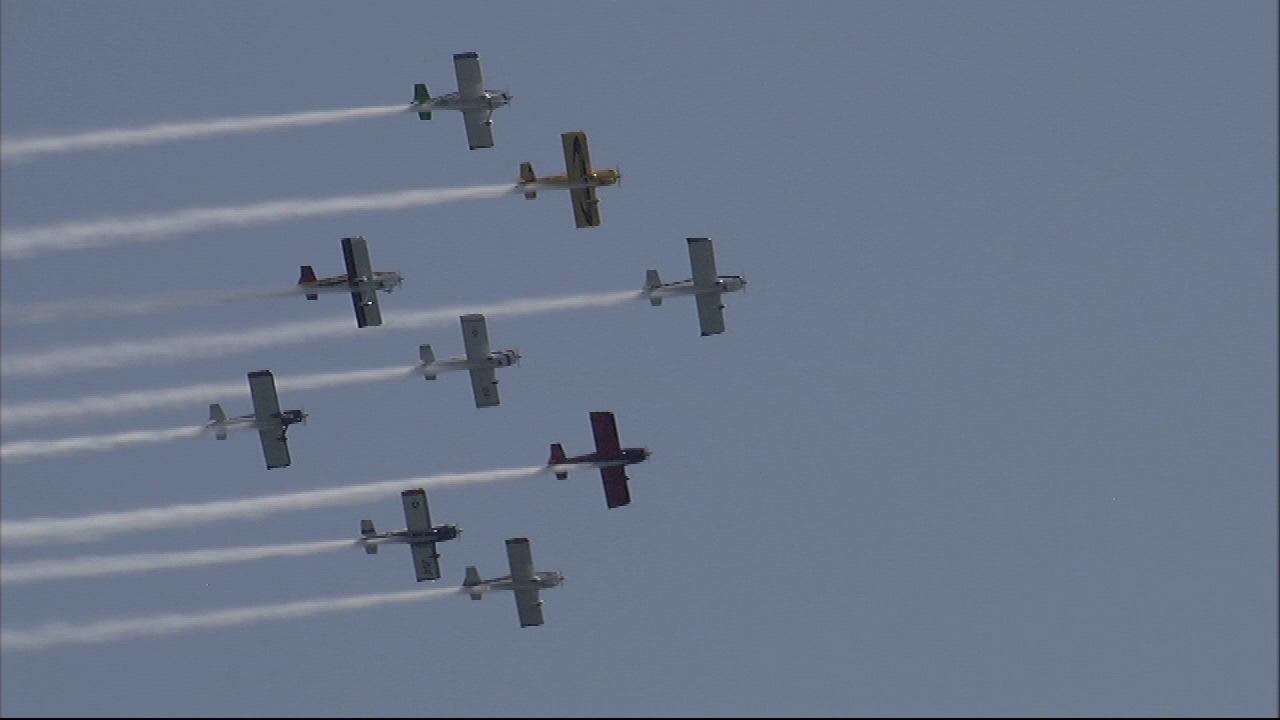 In an April interview with the Louisville, Kentucky ABC affiliate, Hood admitted he was actually afraid of heights, but not when he had the security of wearing a parachute. He also talked about the precision of landing with the use of wind drift indicators.

"What we do is we watch those from 2,000 feet, all the way down to the ground, so based off how those actually drift, it kind of gives us an idea of how to figure out when our actual exit zone is going to be," he said in the interview.

At Sunday's show, the parachute teams were cancelled, something spectators agree was the right thing to do.

"It makes perfect sense, they have to take precautions," said spectator Todd Muench.

Hood served five tours of duty in the Iraq and Afghanistan conflicts and had earned numerous awards including two Bronze Stars. He is survived by his wife Lyndsay.

Members of the Navy team are active-duty personnel drawn from forces including the Navy SEALs. Specialists such as the Army and Navy jumpers can reach speeds of up to 180 mph during freefall by pulling their arms to their sides. They typically open their parachutes at around 5,000 feet, joining their canopies together in formation and setting off smoke grenades to send red smoke trailing behind them.

The accident is under investigation, the Army said, and the team did not perform again on Sunday.

There was plenty to see for the thousands who lined the lakefront for the 57th annual Chicago Air and Water Show's hot and steamy final day Sunday, for those who have never been to a show or those who come every year.

"I'm so impressed," Tunmise Olubaje said. "I've seen anything like this before."

The Blue Angels did not disappoint in the grand finale. Fans with water bottles and some beach umbrellas stuck it out from the beginning of the show to the end.

"I thought the show was awesome," said spectator Ira Katz. "Blue Angels did a great job. That is what I came to see."

"My dad was in the Air Force, I just love coming to see the military planes," said Mike Marcotte.

You can catch all the highlights of the Chicago Air and Water Show Sunday night as ABC7 Eyewitness News meteorologists Jerry Taft and Tracy Butler host a half-hour special starting at 11 p.m. Sunday night on ABC7. The show will also be available to view on demand on ABC7Chicago.com beginning late Sunday night. 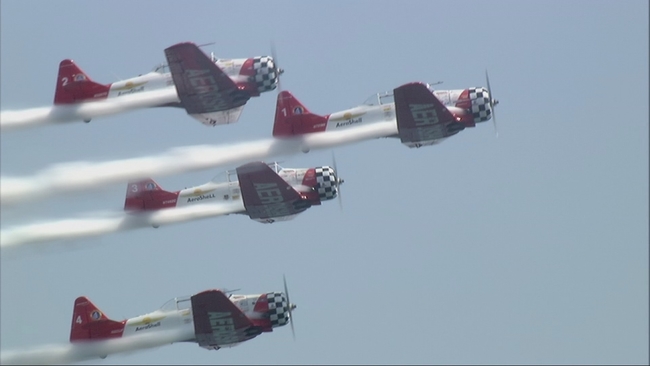 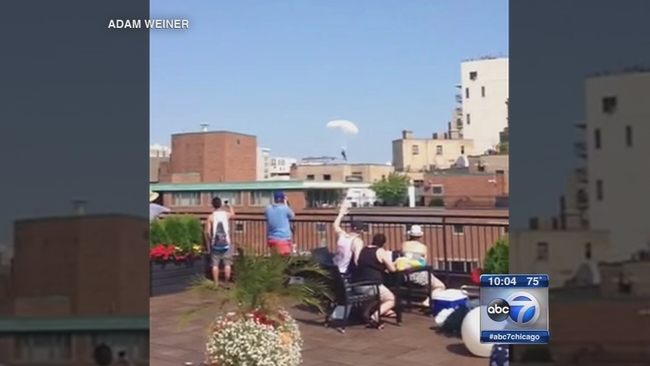 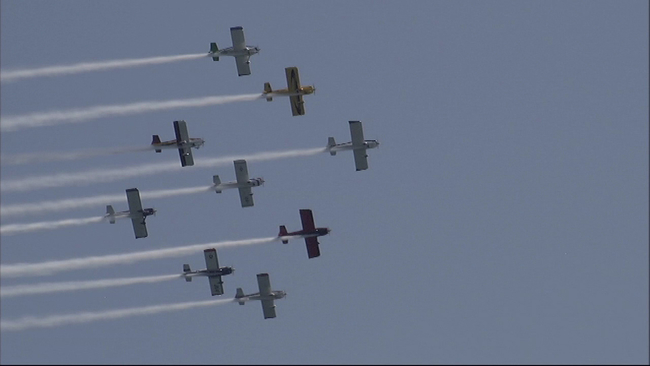