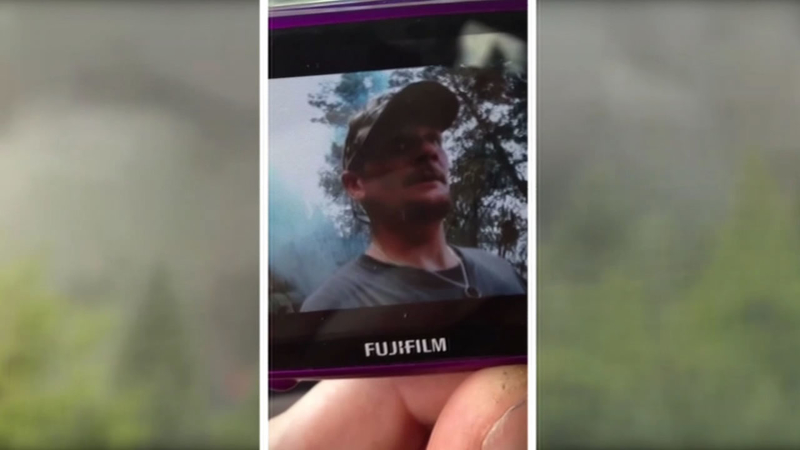 PLACERVILLE, Calif. -- It seems like common sense, if you're committing a crime, don't record yourself doing it, but the arsonist who admits to setting the King Fire did just that.

The fire started near King of the Mountain Road in Pollock Pines in September of 2014. It took almost a month to contain fully and in that time flames burned nearly 100,000 acres of El Dorado County and destroyed a dozen homes.

After denying he was even there, a selfie video is just one of several pieces of evidence El Dorado County prosecutors had incriminating the now admitted King Fire arsonist Wayne Allen Huntsman.

The video shows Huntsman standing near the fire in the moments after it started. Then, he was trying to portray himself a hero.

"He's probably the most remorseful client I've ever represented. This was very difficult for him," said public defender Teri Monterosso.

In court, Huntsman said, "I have cried many nights for the victims. I love people and I love Mother Nature. My heart hurts for the pain I caused."

Among those in court to hear Hunstman's apology, were some of the fire victims, those who lost their homes and their livelihoods.

"The guy made a mistake and he cost a lot of people a lot of heartburn," said fire victim Collins Smith.

Besides the selfie video, Huntsman also made a call to 911 to report the fire he's now admitted to setting.

"There's a forest fire and I just broke into a house. I'm just seeing if anybody's here. There's a big forest fire. It's going off right now. The homes are right now burning up. The deck's burning up right now," Hunstman said in a 911 call.

With his guilty plea, Huntsman was sentenced to 20 years in prison and ordered to pay $60 million in restitution.

#kingFire arsonist Huntsman: I could never have imagined the magnitude of what I've done...hope you can forgive me. pic.twitter.com/Hd7XpuXHyb