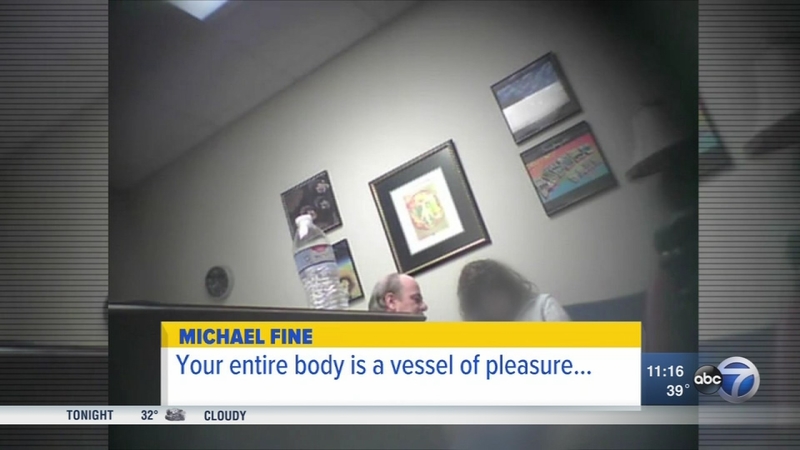 Authorities say a disturbing new video shows how an Ohio divorce attorney - who is now behind bars - hypnotized clients and took advantage of them.

In the newly-released video, investigators said Michael Fine, 59, put the woman into a trance without her knowledge or consent by saying it was just a breathing exercise.

"Let's take a deep breath," Fine said as he allegedly uses his hypnosis to make the woman walk over to the couch, where he initiates a sexual encounter.

"Your entire body is a vessel of pleasure," he said before awakening her and acting like nothing ever happened.

"OK, so we have some papers to go over," he said on the tape, just before police bust in and nab him.

The video is part of a 2014 sting operation. The woman alerted authorities after noticing her clothing would be disheveled after their appointments.

"The basic law of hypnosis is that you cannot make people do what they don't want to do. However, we can affect the things that you want or what you desire," said Dr. Dan Chueh, a neuro-psychiatrist.

And she wasn't the only one.

"He ruined a lot of people's lives," said Melissa, who doesn't want to reveal her last name but says she, too, was hypnotized and molested by Fine.

"He'd put his hand on your shoulder, put his hand - he's right there with you and he's going to protect you. And he was actually the one who was the predator," Melissa said.

Fine is serving 12 years in prison for hypnotizing six female clients after pleading guilty to five counts of kidnapping and one count of attempted kidnapping, all with a sexual motivation specification. He also faces six civil lawsuits.

"She unfortunately met a very bad lawyer that took advantage of her who was a predator and breached her trust," attorney Laura Mills said.