WLS
By Chuck Goudie
BALTIMORE (WLS) -- Slowly, police and government troops are outnumbering violent protesters and criminals Tuesday in Baltimore, which was the main problem when looting and arson spread through neighborhoods Monday.

At least 15 building fires that crackled out of control overnight have given way to shop owners and residents trying to clean up.

"I was here working and we did leave and close the store down, but they didn't have to burn our store like that. This is our home y'all is destroying," said Mary Clayton, a CVS employee. "Y'all is destroying the neighborhood. Stop the violence please. We don't need this."

"To the people who want to commit violence and destroy everything and be ignorant, stay home. Stay home, stay out of sight, out of mind," said Martel Morris, a Baltimore resident. "Let the people who are actually trying to fix something and get justice for Freddie Gray and his family, let them handle this and please respect the wishes of Freddie Gray and his family because they said non-violence, go home, be peaceful."

Gray was the Baltimore resident who died last week after being in police custody.

Wholesale violence began on the streets as his funeral wrapped up Monday. Bottle and brick throwing resulted in nearly two dozen police officers being hurt. Almost 150 cars were torched, some police vehicles were destroyed and 200 people were arrested before an uneasy calm came over the city Tuesday morning.

National Guard troopers took up positions Tuesday across the city, leading up to first enforcement of a curfew that begins at 10 p.m.

State police and law enforcement officers from many other jurisdictions are joining Baltimore police in patrolling the streets.

"It is counterproductive. When individuals get crowbars and start prying open doors to loot, they're not protesting, they're not making a statement, they're stealing," President Obama said during a speech Tuesday. "When they burn down a building, they're committing arson."

The heaviest police presence is currently at a shopping center west of downtown Baltimore, where Internet threats claimed that teen gangs were going to attack the mall.

Area schools were off Tuesday as teachers said they wouldn't show up after the rioting. Tuesday's White Sox-Orioles game at Camden Yards canceled, but Wednesday's game - oddly enough - will be played there, but with 48,876 empty seats. No fans allowed in. 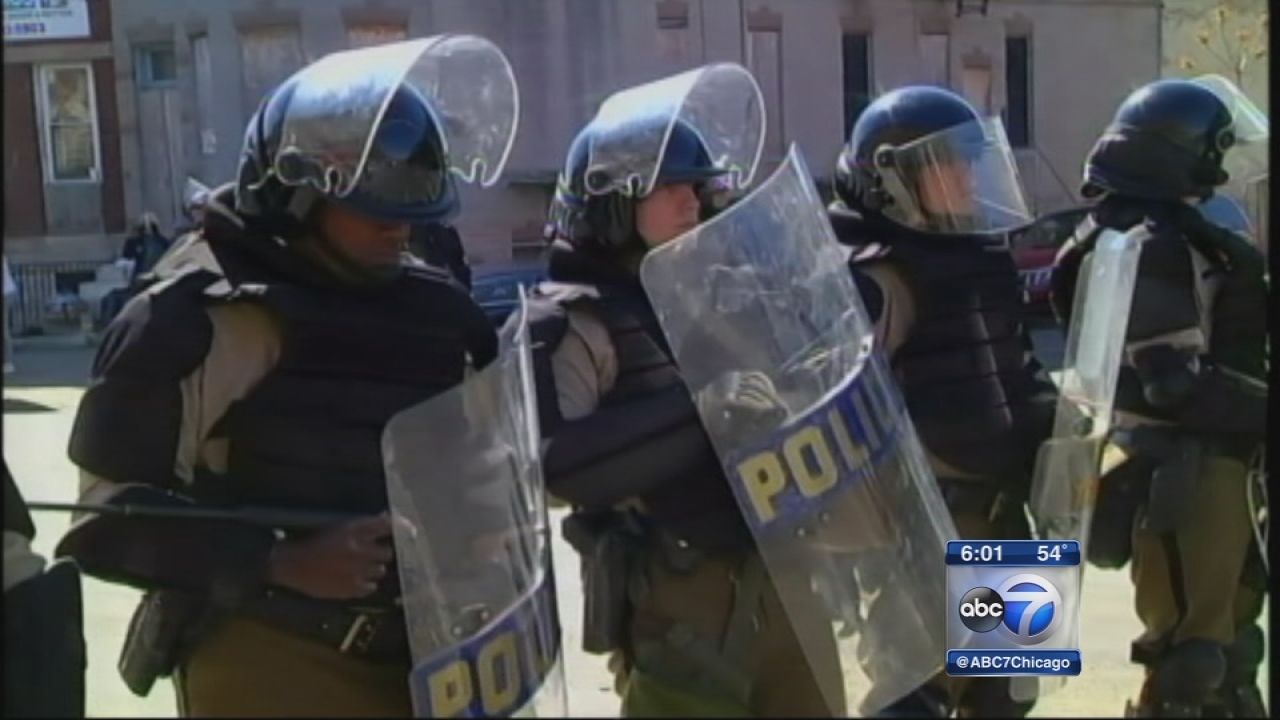 Baltimore on-edge as National Guard in position
One component of the Baltimore culture change is rooted in Chicago.

During a fragile peace Tuesday, Baltimore police began trying to put together the pieces of a shattered community.

"It's clear that what we have to do is change the culture within the Baltimore police department. That's something we started on two and a half years ago," said Baltimore Police Commissioner Anthony W. Batts.

One component of the Baltimore culture change is rooted in Chicago.

Commissioner Batts, now in command of the city's state of emergency after a furious 24 hours, brought a team of police officials from Baltimore to Chicago Police headquarters last spring, an effort to learn Chicago crime-fighting strategies. At the time, Baltimore's per-capita murder rate was more than double Chicago's.

At the time, Chicago Police Supt. Garry McCarthy said that Baltimore was "replicating" what Chicago was doing. On Tuesday, McCarthy said all departments have a long way to go.

"I recently saw somebody said 're-establishing trust in the police.' And I think pretty much that's a misnomer because in some communities there's never been trust in the police - and it's been with good reason based on the history in this country," McCarthy said.

After visiting Chicago, Batts told a town meeting that Baltimore police were too slow in information sharing information.

Fifteen of Batts' officers suffered bruises on their hands during Monday's rioting. One was hospitalized after getting struck in the head wound. One officer was shot at; the incidents of gunfire were low overnight. Everybody in Baltimore is waiting to see what happens Tuesday night at 10 p.m. when that curfew goes into play.

"We have more to do but we can't do it this by destroying this beautiful city, we have a lot of things we have to change and we are willing to work that direction," Batts said. 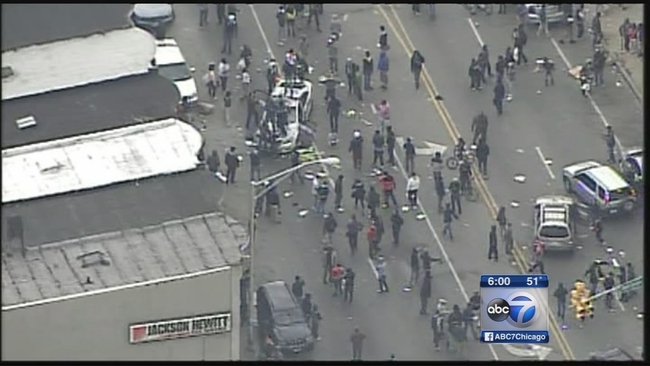