ABC7 I-Team Investigation
WLS
By Chuck Goudie and Barb Markoff
CHICAGO (WLS) -- The ABC7 I-Team investigated why people who disguise their pets as service dogs are making it more challenging for those who really need the help.

A Vietnam vet told the ABC7 I-Team he received "questionable service" before boarding a recent American airlines flight at O'Hare. This was the third time the veteran had trouble with the airline and the issue, he says, was his service dog "Gander."

"If I'm super stressed out, he'll get right in my face," Lon Hodge said.

Hodge is a Vietnam veteran who suffers from post-traumatic stress disorder and has some mobility issues from an autoimmune disorder. Four years ago he says his PTSD was so debilitating, he couldn't leave his house.

"People ask me all the time, you don't look like you need a dog, and I say, it's because I have a dog," Hodge said.

Hodge's PTSD is considered an "invisible" disability. He says he believes that is why he sometimes gets harassed about bringing Gander inside businesses. His most recent clash happened at the American Airlines ticket counter at O'Hare.

"We call ahead of time and we say we have a service dog, and the disability desk is supposed to call us and in this case they didn't. They didn't see a physical disability so they thought he was an emotional support animal. It was like one screw up after another," Hodge said.

The check-in process was taking so long, Hodge says he had a panic attack and almost missed his flight. Once on board, he said the problems continued.

"Then we got on the plane and Gander was up on my chest trying to comfort me - which is one of the things he's trained to do - and it was, that dog needs to be on the floor. So they blocked him from doing what he's supposed to be doing. This was the third different kind of access issue we'd had," Hodge said.

Under the Americans with Disabilities Act, people are only allowed to ask those with service dogs two questions: (1) Is the dog a service animal required because of a disability and (2) what work or task has the dog been trained to perform.

But the airlines follow the Air Carrier Access Act - a law in which requirements for emotional support animals are different than they are for service dogs.

"In the case of an emotional support animal it's generally about a 48-hour notice to the company and some type of documentation from a qualified physician within a year. In the case of a service animal, there's generally four accepted protocols. One is the harness, an animal ID card, a credible verbal assurance from the passenger that this is a service animal, or some type of documentation," American Airlines Capt. Jim Palmersheim said.

Hodge said Gander was wearing his harness and says he told the ticket agent that Gander is a service animal.

The I-Team has learned 222 passengers made disability-related complaints against American Airlines in 2014 for issues related to their service animals - up significantly from the year before. United had half as many complaints.

Peter Berg is visually impaired and works for the Great Lakes ADA Center. He says the laws protecting the disabled are complex.

"The Air Carrier Access Act is more liberal, so you can see where you would potentially have some confusion and a disconnect where you have the ADA and where it applies," Berg said.

Anyone can buy a service dog vest and certificate online, making it easy for people to have their pets pose as service animals. Service dogs and emotional support animals travel for free.

"Throughout the year we will see instances as do the other airlines, where passengers will essentially bring their pet onboard the aircraft. We don't really have any measures to really protect the rights of those who truly deserve everything we can do," Palmersheim said.

"I still have monumental issues but it's infinitely better. Gander saved my life. Period," Hodge said.

Hodge says he had access problems at Starbucks until he took them to small claims court. Now, he says Starbucks is the gold standard for service dog access. He says he hopes the same thing will happen with American Airlines.

Hodge is scheduled to meet with Capt. Palmersheim from American later this month to collaborate on education programs. 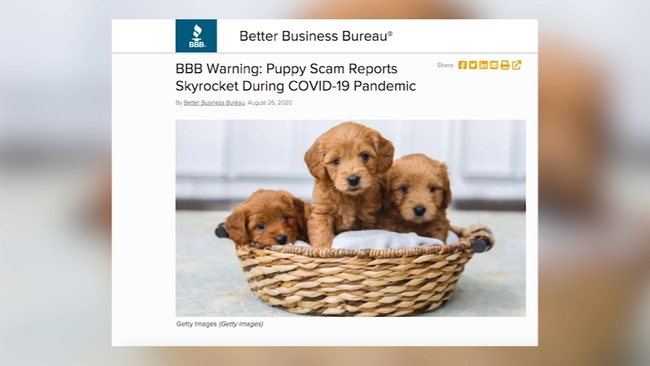 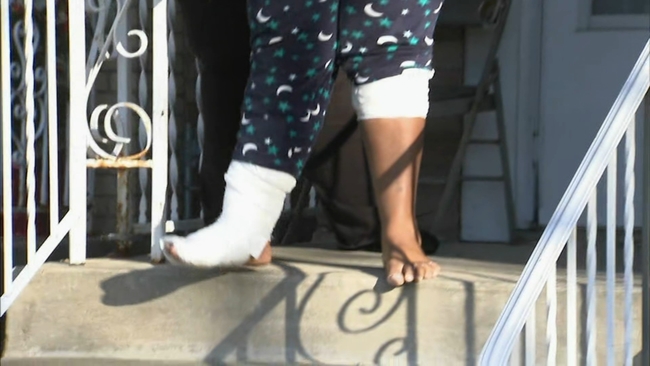