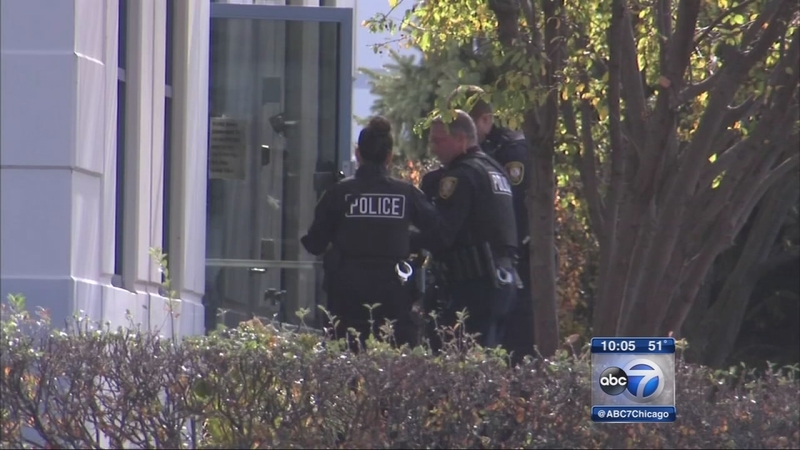 BOLINGBROOK, Ill. (WLS) -- Police have identified the two people killed at a workplace shooting in southwest suburban Bolingbrook that triggered a lockdown for area schools.

Police confirm it was a murder-suicide involving two men who share the same last name, but are not related. Both worked for different auto parts companies, but the motive in the shooting is unclear.

Degang Zhang and Xingling Zhang were found dead at YCB International, an automotive parts company located in an industrial area near Veterans Parkway and Remington around 9:30 a.m., police said.

"At this point in time we do not know what the relationship between the individuals that are deceased," said Lt. Carter Larry, Bolingbrook Police Department.

Employees at neighboring offices said they heard something, but thought the sound was construction noise.

"Then we noticed damage in our office: a hole in the wall and a hole in our ceiling. We knew something was up," Charlie Harding said.

Bolingbrook High School was briefly on lockdown and police evacuated the office park, escorting workers out in single files lines. No one else was injured.

"We have multiple witnesses at this time. Not everyone was actually within the building itself," Lt. Larry said.

Police said Degang Zhang, 42, shot and killed 39-year-old Xingling Zhang - who worked at the auto parts company - before taking his own life.

In Aurora, the shooter's wife appeared distraught as detectives spoke with her. Neighbors said Degang Zhang and his wife have a 5-year-old son.

A friend of the victim declined to discuss what may have motivated this shooting.