Boy, 10, shot several times on porch of West Side home 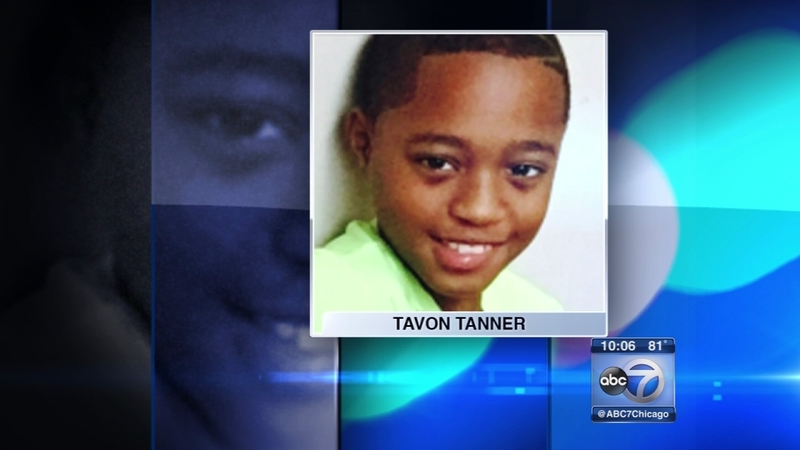 CHICAGO (WLS) -- A 10-year-old boy is in critical condition after he was shot several times Monday night while standing on his front porch on Chicago's West Side.

The victim, identified by his family as Tavon Tanner, was outside his home in the 3900-block of West Polk Street around 10:20 p.m. when someone opened fire, police said.

Another picture of Tavon Tanner.#Chicago 10 year old is in ICU, still in grave condition according to family pic.twitter.com/5CT5T94vFf

"I didn't even know (Tavon) was next to me until he fell backwards through the doorway when I was crawling in the house," she said. "He was talking and we didn't even know he was shot at first, until we saw blood on his shirt."'

Washington said Tavon was lying in the doorway, beating the floor and yelling for his aunt, screaming, "Te Te! Te Te!"

Tavon was rushed into surgery at Mount Sinai Hospital, where he remains in critical condition.

The shots came just hours after another shooting down the block that killed a 22-year-old. Some neighbors speculate the later shooting may be related. Washington only knows her son could not have been the intended target.

"You shot my baby for no reason," she said. "Me and my kids did nothing to you. Turn yourself in."

Washing has experienced a range of emotions from grief to anger as she tried to stay strong as her son fights for his life, as well as for his twin sister, Taniyah.

"I haven't been to sleep yet," Washington said outside the hospital. "I'm far from sleep."

She said Taniyah was a "nervous wreck" early Tuesday, collapsed on the floor next to him, screaming, "Twin, don't leave me!"

"He kept his eyes open because I told him to keep them open! If he closed them I open them back up!" Taniyah said.

Outside the hospital, she was still deeply rattled.

"I'm scared about my brother not waking up," she said.

"He was talking until he started throwing up blood," Washington said. While Taniyah was also inside the house at the time of the shooting, she is unharmed.

Tavon, who will be a fifth-grade student at KIPP Ascend Primary charter school in the fall, likes to play basketball, football and video games. He wants to be a police officer or a firefighter when he grows up.

"Nothing like this ever happened to my family before," Washington said.

But she added that she hears gunshots either on her block or in her neighborhood at least once every day.

"It's ridiculous, all these shootings. This is so senseless, kids can't even play on their front porch," said Tavon's grandmother, 60-year-old Vernita Washington.

Neighbor Mary Taylor said she took cover when she heard the shots, crawling back into her house for safety as she remembered her own personal gun violence tragedy.

"It scared the hell out of me. Cuz like 16 years ago, my son got shot in the back of the house," Taylor said.

No one is in custody. Investigators are trying to figure out if the gunman was on foot or in a vehicle. Anyone with information regarding this shooting should contact Area North detectives.

A spokesperson from the mayor's office said Mayor Rahm Emanuel spoke with the Tanner family over the phone Tuesday afternoon.