WLS
By Diane Pathieu and Leah Hope
CHICAGO (WLS) -- Police investigating the fatal shooting of 9-year-old Tayshawn Lee in a South Side alley believe that the boy was targeted as part of an ongoing gang feud involving his relatives.

Police said they believe the child's father has information about the possible retaliation, but is not being forthcoming.

"I just want justice for my son. If anyone knows anything please let the police know," Lee tearfully said.

Community activists echoed the call for information and police continued to canvas the neighborhood.

Police are still unclear about a motive and have not ruled out retaliation. His family said he was a great kid who was in the wrong place at the wrong time.

A $20,000 reward, raised by community groups, is offered for information leading to an arrest in the shooting.

Tyshawn was fatally shot in an alley near his grandmother's home in the 8000-block of South Damen Avenue in the city's Gresham neighborhood around 4:15 p.m. Monday.

Tyshawn's basketball was found next to his dead body. Family members said he loved basketball and brought his ball everywhere he went.

A basketball is part of a small memorial, filled with balloons and flowers, that has been created where he the boy's body was found in the alley next to a blue trash bin.

Tyshawn Lee, 9, was shot and killed in an alley on Chicago's South Side.

Police said an unknown number of people were gathered in the alley when an argument led to gunfire. Tyshawn was shot several times in the upper body, including in the head and back. He was pronounced dead at the scene. An autopsy Tuesday determined that the boy died of multiple gunshot wounds, according to the Cook County medical examiner's office.

"He is a very good kid. He loved to play ball and he loved video games," said Sabrina Lee, Tyshawn's aunt.

Tyshawn was a fourth grader here at Scott Joplin Elementary School. Parents said his death will be felt throughout the school.

"I was angry, I was upset, I was hurt - all at the same time. There is no one here protecting these kids," sad Lakesha Alexander, a parent.

Police looked for surveillance cameras in the area and spoke with residents to find any witnesses. 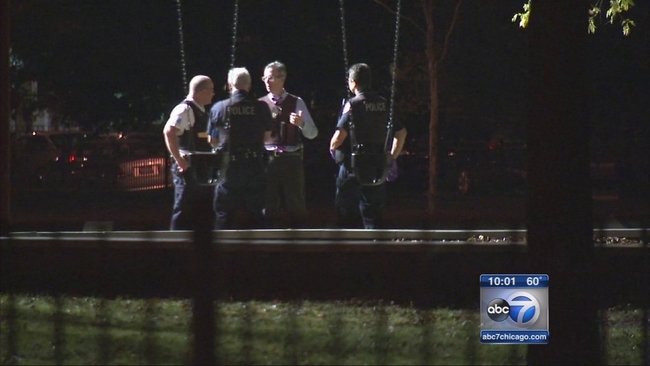