A peace march and Mass were held Wednesday evening. The march came at a time when more people than ever are living in fear in Brighton Park after 10 people were shot, two fatally, on Sunday.

Wednesday night, the community sought renewal in the rain by walking together through a neighborhood drenched in violence.

At an earlier church service there was a plea for change and prayers for those on both sides of the gun.

Fr. Dorantes is the head priest at Immaculate Conception in Brighton Park, a neighborhood which these days can only be described as a neighborhood under siege as a violent gang war has taken hold there and in the Back of the Yards.

Three people were killed, 12 others injured in just one week this month, including two undercover police officers who were mistaken for rival gang members.

But in the wake of that violence, as rain became a downpour, resolve only strengthened.
"There's something much more important than the weather going on. I think it would be said if I was worried about the water that's falling on my head, and I'm blind to the pain and the blood that's running through these streets," Alvarez said.

The church and its members have had enough.

"These gang members don't realize that they're not solving anything with violence. Innocent kids get killed," said resident David Ortiz.

Church officials admit overcoming the community's fear is their biggest challenge, especially as of late, saying many in the heavily-immigrant neighborhood are more afraid than ever to cooperate with police and it's not just because of the high-powered rifles gang members there seem to favor.

"They said to me, 'I'm afraid that if i give information to the detectives, then that information may be given to the ICE people who will then come and deport me,'" said Fr. Dorantes.

And yet, there are exceptions like Carmen Castro, who lives down the block from where ten people were shot Sunday. She said not only is she not afraid, she refuses to let the gangbangers push her out of her home.

At a time when police need more people to step forward with information, ABC7 Eyewitness News was told a heightened fear of deportation in immigrant communities is hampering that cooperation. Part of the goal tonight was to lift that fear.
Related topics:
chicagobrighton parkchicago shootingchicago crimepeace march
Copyright © 2020 WLS-TV. All Rights Reserved.
RELATED 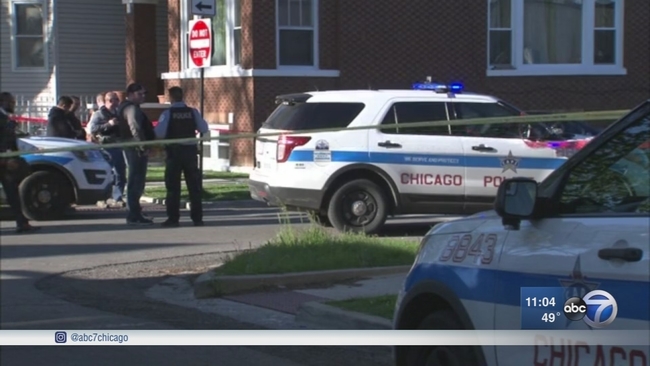 2 killed, 8 wounded in apparent retaliatory shooting on SW Side 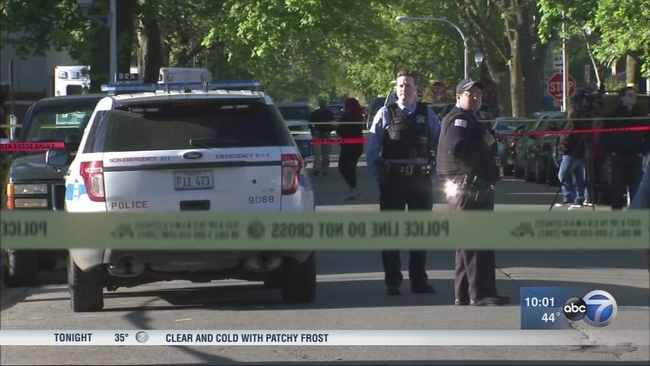