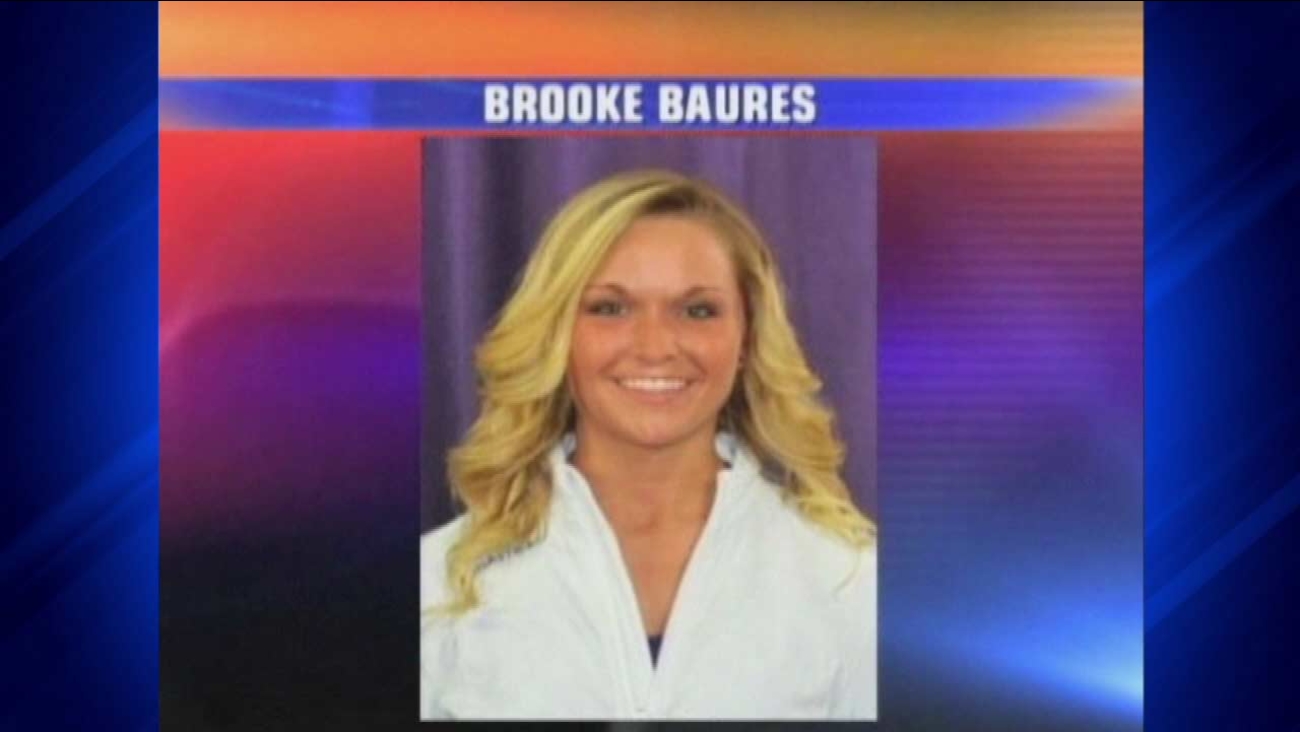 FOUNTAIN CITY, Wis. -- Winona State University is planning a candlelight vigil for a student found dead at a restaurant where she worked.

The gathering Wednesday at 8 p.m. will take place at the alumni gazebo in the center of the Winona, Minnesota campus. The university says students, friends and others wishing to pay their respects to Brook Baures are welcome.

The 21-year-old student from Chetek was a senior majoring in social work and was a member of the university's gymnastics team. She joined the team in 2011, WXOW-TV reports. Her coach Beckie Rolbiecki tells KSTP-TV there is shock and disbelief that such a vibrant young woman has lost her life so early.

Baures' body was found in a dumbwaiter at the WingDam Saloon and Grill in Fountain City Monday night. Police are investigating.

Rolbiecki said Baures was an all-around gymnast, but she concentrated on the bars and beam. Rolbiecki says Baures decided last month to pursue an internship rather than gymnastics.

Police say part of Baures' job included getting service items from the dumbwaiter that runs between the floors of the bar.

While police don't know yet how Baures became trapped, they have ruled out foul play.

University Athletic Director Eric Schoh met with the gymnastic team before they went to see Baures' family in Wisconsin. Rolbiecki says the team's thoughts and prayers go out to Baures' family.

OSHA has been contacted, and the agency says there have only been two fatal dumbwaiter accidents in the U.S. in the past 10 years. The device at WingDam Saloon had a three-foot opening, KAAL-TV reported.

For the second time this year, Winona State is mourning the loss of a student athlete, KTTC-TV reports.

"Typically you don't get phone call at home from the vice president at night, so you know something is not right, and you know that's as bad of news as you can get," Schoh said.

"The device is generally known as a dumbwaiter. It's an elevator which moves food and other items from the first floor to the second floor," said Jason Mork, Fountain City police. "Everyone knows that something happened absolutely, everyone knew within hours that something tragic happened."

Across the Mississippi River in Winona, Minn., the shockwave continues to hit her teammates.

"It was a very shocking moment when we were told of her death, and obviously because we are a family, it tears 18 kids apart," Robiecki said. "Her sheer joy and delight in hitting the routine and giving me the high five and jumping into my arms and squeezing me and hugging me. Those are lasting memories that I'll cherish forever."