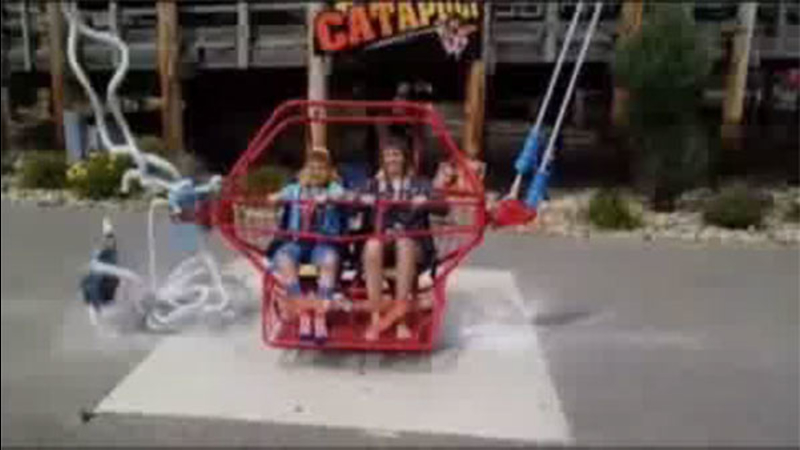 It's a moment at a Wisconsin theme park that two young thrill seekers and their families will never forget.

Just before two teenage friends were launched into the sky on a ride called the catapult, the bungee cord snapped.

The force was so strong, it left a four inch hole in the concrete.

13-year-old Trevor Larson was on the ride and his dad is the one who captured the close call.

"Thank goodness the guy standing behind them didn't pull the lever to let them go. He was right there," said Dru Lawson.

Trevor added, "If they would have launched us and it had broke on the way back down, it could have killed us both."

The company that operates the ride says it's been fixed and inspected.