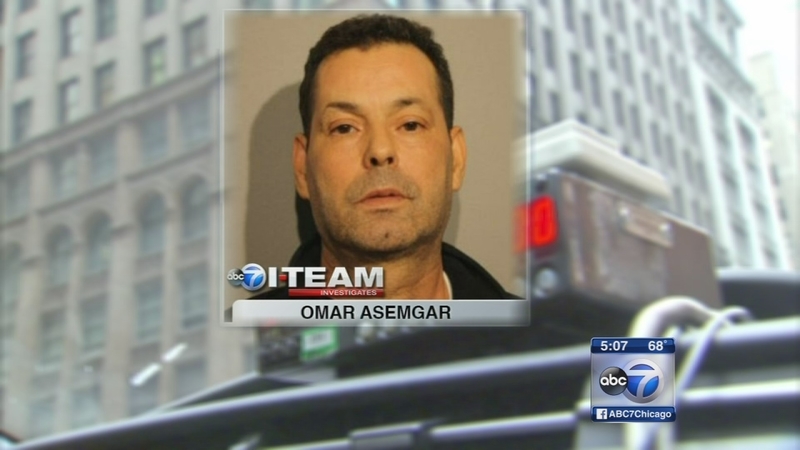 The ABC7 I-Team exposed the driver and the elaborate scheme a year ago. That cab driver in question faced several counts of felony identity theft.

He is now on probation after filing guilty pleas on two charges this week.

Omar Asemgar wrapped a scarf around his face and refused to comment after a court hearing in December.

Police as well as city investigators at the Business Affairs and Consumer Protection Department say Asemgar ran an elaborate scheme, taking some passengers credit and debit cards, saying he needed to take an imprint of the card because his machine in the back seat was broken. Then, authorities say he'd allegedly give back an imprint and a similar card, which was in someone else's name, usually belonging to a different passenger.

The I-Team brought the allegations to light after some of Asemgar's passengers reached out.

Last year police said Asemgar was caught with about 50 different debit and credit cards in his possession.

Asemgar's attorney did not respond to I-Team requests for comment Thursday.